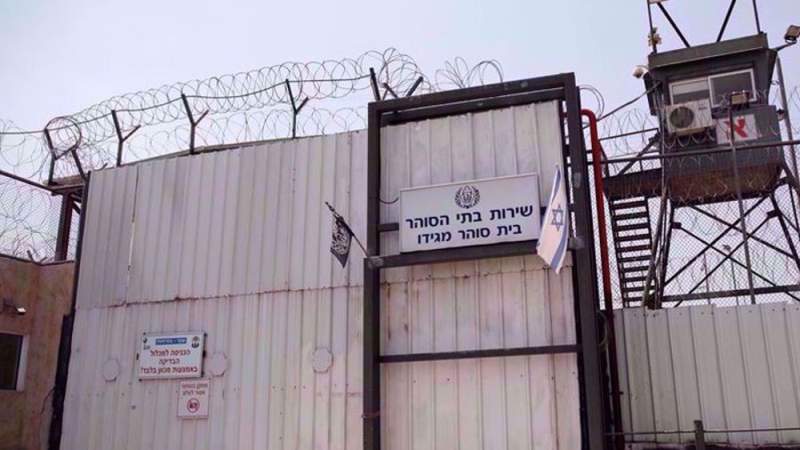 News - Middle East: Palestinians prisoners are set to launch a mass civil disobedience in Israeli jails, which they anticipate will escalate into a full-scale hunger strike, following the regime’s decision to impose new collective punishment policies across prisons.

This comes as the Israeli regime has transferred approximately 140 inmates to the notorious Nafha prison located in the southern part of the occupied territories over the past two weeks, Middle East Eye reported on Tuesday.

Palestinian political prisoners have expressed concern that the recent transfers to Nafha are indicative of a new policy by the Israeli regime targeting Palestinian prisoners with collective punishment.

"We are worried that these measures will intensify and things will end badly," a Palestinian prisoner who has spent over two decades in an Israeli jail told the London-based news website.

The Palestinian inmate went on to say that the Israel Prison Service (IPS) has made it clear that they will adopt far-right Israeli minister Itamar Ben-Gvir’s new policies, adding that they have “started threatening us with this, trying to get a reaction out of us.”

He also noted that one of the new Israeli cabinet’s targets is to punish the prisoners and take away their basic rights inside the prisons, stressing that “This is all to try and make us lose our Palestinian national identity."

"Everyone [in jail] is worried. We are all on standby, waiting to see what will happen. This is not a new process. They have always tried to weaken us and kill our spirits, but now they are trying to make it even worse," the prisoner said.

Hassan Abed Rabbo, a spokesman for the Palestinian Commission of Detainees' and Ex-Detainees' Affairs also told MEE that "The situation in prison over the last couple of weeks has been terrible,” adding that “The transfer of these prisoners is an attack on their lives."

"Israeli media is talking about transferring 2,000 prisoners between jails. It is a strategy to weaken and destabilize Palestinian resistance within the prisons," he added.

Rabbo further stated that this will make it easier for the Israeli regime “to control the new prisoners because they won't know their rights because their leaders have been taken away to another prison."

On January 8, Ben-Gvir announced plans to cancel regulations that allow any lawmaker to meet with Palestinian prisoners held in the regime’s jails.

The far-right minister said he has informed the Knesset of his intention to return to an older protocol, according to which only one legislator from each party will be allowed to visit the Palestinian prisoners under strict supervision.

The announcement came after he paid a visit to the Nafha Prison, which is notorious for its terrible living conditions that some prisoners describe as “inhumane”. The prison holds Palestinians found by the regime to be guilty of "security offenses," a term which is applied by Tel Aviv to describe Palestinian resistance operations.

Ben-Gvir said he had visited the recently-renovated facility to "ensure" that the Palestinians incarcerated there "are not getting better conditions as a result of the construction of new cells."

The Palestinian resistance movement Hamas condemned the visit, calling it "a dangerous escalation."