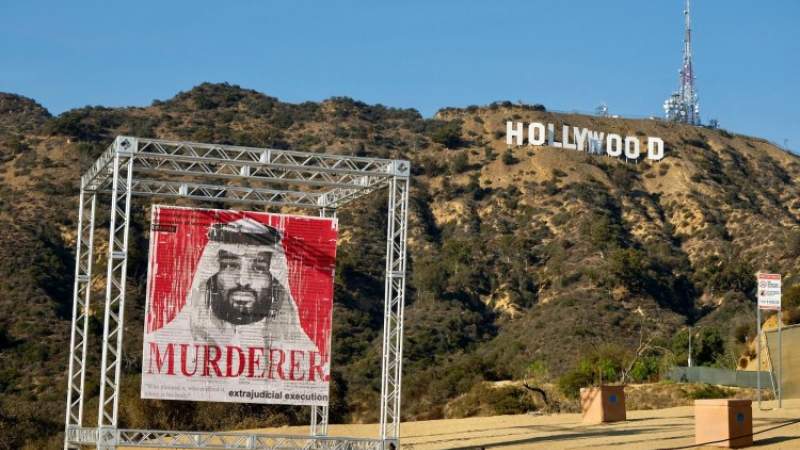 News-Middle East: International activists hung a picture of Saudi Crown Prince Mohammed bin Salman in Los Angeles, accusing him of masterminding and carrying out the assassination of journalist Jamal Khashoggi.

Activists display on the photo articles indicating his involvement in the murder of the prominent academic. Freedom First International also erected a monument in front of the Capitol on the third anniversary of Khashoggi's assassination.

US Secretary of State Anthony Blinken said that what happened with Khashoggi was a heinous killing, on the third anniversary of his assassination by Saudi agents on royal orders.

"We honor Khashoggi and once again condemn his heinous murder,and stand with defenders working to protect human rights" Blinken said.

Blinken emphasized that his country would use the Khashoggi embargo and other tools to deter cross-border repression anywhere to prevent such a terrible crime as the Khashoggi assassination.

Yesterday, coincided with the third anniversary of the assassination of Saudi journalist Jamal Khashoggi, on the direct orders of Crown Prince Mohammed bin Salman, in a heinous and chilling crime.

Weeks ago, the United Nations Special Rapporteur, Agnes Callamard, accused the United States of complicity in the Saudi assassination of journalist Jamal Khashoggi in Istanbul years ago.

Callamard said in a statement that all evidence proves that America has information that points the finger of accusation against the Crown Prince of Saudi Arabia, Mohammed bin Salman.

She stated that these indications are related to the assassination of the Saudi crown prince of journalist Khashoggi, but it does not disclose them.