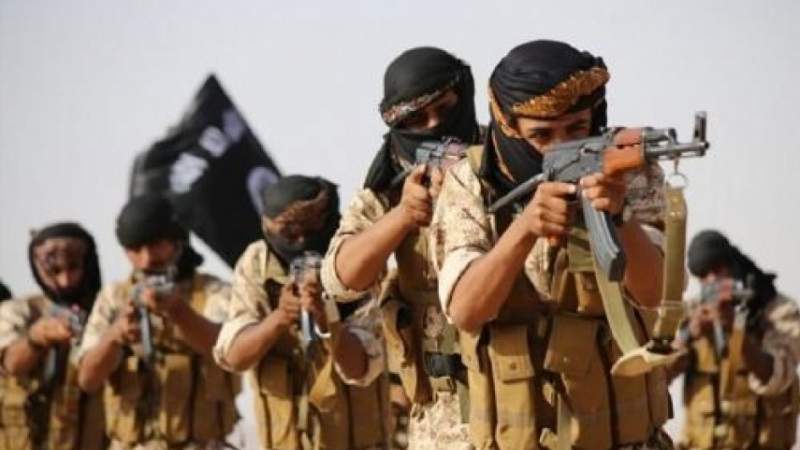 Yemen:   In less than 48 hours, the Yemeni Army and Popular Committees carried a sudden and fatal blow to the last sites of Al-Qaeda and Daesh linked to the US-Saudi aggression in Yemen.

They seized back al-Soma’a and Masawara districts of al-Baidha, after the collapse of Al-Qaeda’s main strongholds in Qayfa and Yekla in the middle of 2020, in which they had been fortified for decades.
The defensive operations in Al-Baidha governorate, since its inception, showed a strategic challenge to the Yemeni leadership in the capital, Sana’a. The governorate has been controlled for decades by Al-Qaeda, and since the end of 2015, Daesh has also been present there next to Al-Qaeda, creating competition between the two Takfiri organizations.
The US-Saudi aggression started on the 26th of March 2015 to save Al-Qaeda from vanishing after losing its strongholds in Al-Baidha, with the exception of Yakla, which the Army and Committees stood on its borders on the eve of the aggression. It also prevents the loss of its main strongholds in Abyan Governorate, southern Yemen.
Al-Qaeda, along with Daesh and the US-Saudi coalition, managed to expand again due to the Army’s facing the situation resulting from the US-Saudi aggression. They were provided with advanced weapons by the coalition and included them with the pro-aggression government forces.
In August 2015, Al-Qaeda regained its grip on Al-Baidha and carried out its operations in the governorate center and the free zones, excited by the coalition’s victory and its control over Aden and Abyan. Sanaa, on the other hand, took the position of defenders, adopting a policy of limiting al-Qaeda's offensive operations, or those in which it contributed by planting explosives and detonating suicide bombers in markets, mosques, roads and schools.
A security official says that the military action against Al-Qaeda and the Takfiri organizations in Al-Baidha differs from the other fronts, despite the participation of Al-Qaeda and Daesh on more than one front, according to what the former leader of Al-Qaeda Khaled Batarfi said. The official said it requires a strong intelligence effort to ensure the success of the military action and to install advanced points for the Army, the Committees and security forces.
During 2016 and 2019, the capabilities of the intelligence services were rebuilt with a local effort, and the political and national security services were merged into a single intelligence service to be more effective and in the context of facing the economic blockade as well.
The security that the liberated areas enjoyed, was the result of the limited operations of the Army and the Popular Committees in al-Baidha and other fronts and qualitative security operations enabled them to build a new and rich information bank on al-Qaeda and Daesh and their relationship.
Using the information regarding the confrontational relationship between Daesh and Al-Qaeda, the Army and the popular committees were able to force each organization to fight alone without confronting the two organizations or giving them an opportunity to cooperate.
This led to the final uprooting of Daesh from Al-Baidha and the killing of their leader In Yemen, Radwan Qanan al-Makani Abu al-Walid al-Adnani, and the escape of the remaining leaders of al-Qaeda to the AlSoma’a or Yakla towards Marib, where the Islah party’s control areas.
According to a security official, the military operations in al-Baidha governorate, in particular, were largely based on two previous security and supportive aspects of the military offensive effort, which enabled, as happened in Al-Soma’a and the previous strongholds of al-Qaeda, to resolve the battle and neutralize the threat of suicide bombers and explosive devices.
He added that the security and military forces were working in a coordinated manner in liberating Al-Baidha.
He pointed out that the limited and short time of the operation is usually a victory for the intelligence effort which updated and provided the accurate data bank for the army and the committees in order to resolve the battle in the shortest time to avoid losses, and capture leaders of al-Qaeda.

According to the source, the security operation is continuing in Al-Baidha to comb the districts that were liberated, until it is completely certain that all al-Qaeda hideouts and warehouses have been found, and all its members who are hiding among the civilians are arrested.

Al-Baidha has strategic location in the heart of Yemen, as it mediates 5 Yemeni governorates, which is a sufficient reason to explain why the governorate was chosen to plant Al-Qaeda and Daesh in it by Riyadh decades ago.

Prior to Yemen unity in 1990, Al-Baidha governorate was taken as a springboard for Al-Qaeda to attack the areas of the south, where the Socialist Party was in control under the pretext of fighting communism.

According to an intelligence source, the traitor Ali Mohsen managed al-Qaeda's operations in southern Yemen, and personally supervised its presence there. And after the year 2011, al-Qaeda became increasingly present in the Abyan governorate.

At the beginning of the year 2015, al-Qaeda strongholds in Abyan and Shabwa collapsed by the Army and the Popular Committees, before resuming its control and expanding again in the wake of the coalition’s occupation of Aden and the southern regions in Yemen.

The coalition and al-Qaeda in Shabwa and Hadramout have similar deals. They included a fictitious withdrawal of al-Qaeda and giving it money and quotas for recruitment within the UAE and Saudi- backed army and elites.