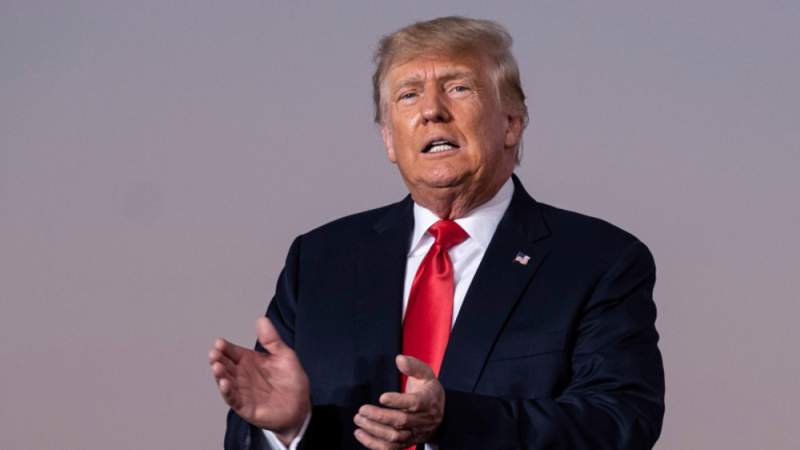 He also said that the majority of American Jews vote for Democratic candidates but they "either don't like Israel or don't care about Israel."

Trump made the remarks in a recent interview with Israeli journalist Barak Ravid, who recently published a book about his administration's Abraham Accords treaties between Israel and certain Arab countries.

Trump claimed that evangelical Christians in the United States “love Israel more than the Jews” — a group that Trump considers a pillar of his political base.

Trump said Israel's influence in Congress has waned and blamed former President Barack Obama and President Joe Biden for it.

“Obama and Biden did that, and yet in the election, they still get a lot of votes from Jewish people, which tells you the Jewish people — and I’ve said this for a long time — the Jewish people in the United States either don’t like Israel or don’t care about Israel,” Trump said in an interview with Ravid that aired on the "Unholy" podcast.

In 2019, Trump said Jews who vote for Democrats are not loyal to Israel. He also said American Jews “don’t love Israel enough.”

In the recent interview with Ravid, Trump also said that the Jewish Sulzberger family publishes The New York Times, but the publication, he said, “hates Israel."

Trump, who closely allied with former Israeli Prime Minister Benjamin Netanyahu during the latter's time in office, also said Netanyahu did not want to make peace with the Palestinians.

In his comments, Trump voiced an expletive about Netanyahu for being quick to congratulate Biden on his controversial victory in last year’s election.

Experts and politicians have said that Trump’s hardline support for Israel was aimed at appealing to evangelical Christians, who believe the only intense conflict in the Middle East and the gathering of Jews in Israel is a prerequisite for the return of Jesus.