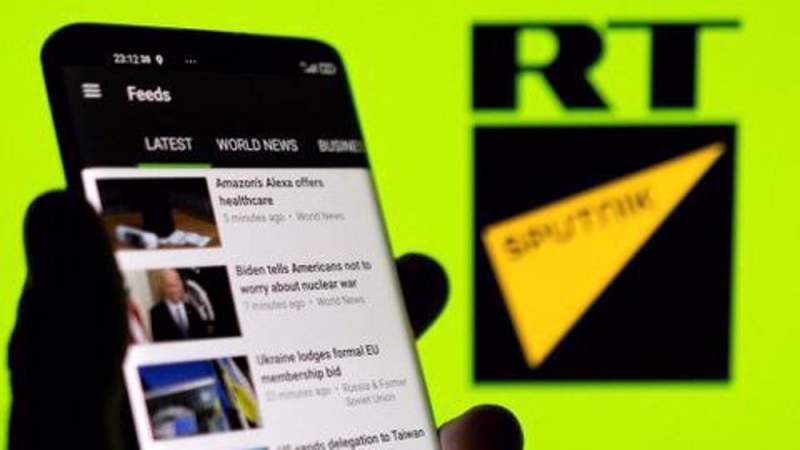 Russian Foreign Ministry spokesperson Maria Zakharova, in a press briefing, said, "The only thing [British Foreign Secretary] Liz Truss has achieved as of today... is that corresponding, mirror image, symmetrical measures — call them what you will — have been taken against British media here in Russia. Have been taken and will be taken.”

Russian authorities blocked access to the BBC's main news website on March 16, accusing it of playing a "determined role in undermining the Russian stability and security," with Moscow's Foreign Ministry warning of more retaliatory measures against the medium.

Earlier, Zakharova had condemned the banning of Russian media RT and Sputnik, claiming the world was being deprived of Russia's point of view and Western media were only giving one side.

Britain is acting in concert with its Western allies to try to cripple Russia's economy as punishment for its military offensive against Ukraine. Truss on Wednesday announced that the UK would impose an asset freeze on Russia's largest bank, place sanctions on eight more Russian oligarchs, and end imports of oil and coal by next year.

So far, the UK has imposed sanctions on more than 1,200 Russian individuals and entities, officials say.

"Our latest wave of measures will bring an end to the UK's imports of Russian energy and sanction yet more individuals and businesses, decimating Putin's war machine. Together with our allies, we are showing the Russian elite that they cannot wash their hands of the atrocities committed on Putin’s orders. We will not rest until Ukraine prevails," Truss said.

By the end of 2022, the UK would end all dependency on Russian coal and oil, the sanctions announcement said, with a pledge to end imports of gas "as soon as possible thereafter." Export bans will also be put in place on key oil refining equipment, as well as a ban on imports of iron and steel products.

The EU has also banned imports of Russian coal, also blocking Russian ships from entering European ports, amid divisions among the bloc's leaders on whether to restrict Russia's energy imports into the continent.

The US announced it was also slapping sanctions on Sberbank, Russia’s largest bank. The US has also put sanctions on two of Putin's adult daughters, Maria Vorontsova and Katerina Tikhonova.

The US has already sanctioned more than 140 Russian oligarchs and their family members and over 400 Russian government officials, Russian official said.