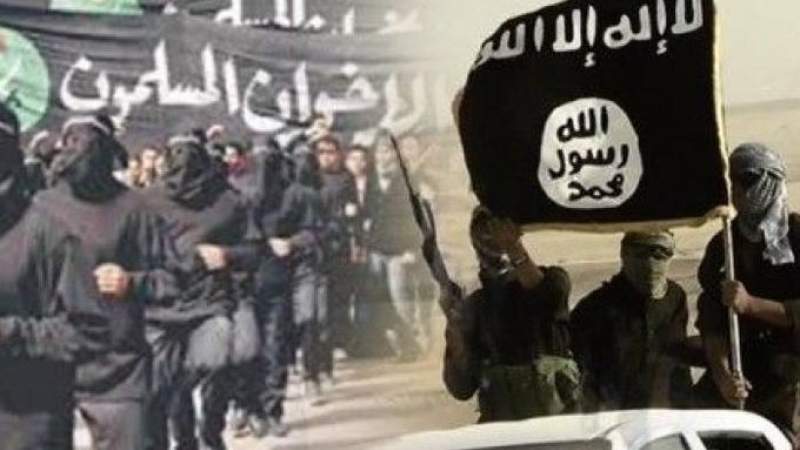 Yemen:  The recent movements of terrorist individuals from Al-Qaeda and Daesh in the southern UAE-Saudi occupied governorates, have raised concerns regarding using them by the United States and the coalition countries in escalation in Marib and Abyan.

The terrorist organization, Daesh, announced the launch of terrorist operations, in the coming days, to avenge their dead, coinciding with the movements of al-Qaeda members in the Hadhramaut and Abyan governorates, with support and coordination with the US-Saudi aggression.
A statement issued by the "ISIS" organization, delivered by the official spokesman of the organization nicknamed "Abu Omar Al-Muhajir", in an audio speech published on the website of the Al-Furqan Media Foundation affiliated with the terrorist organization, talked about what he called a "conquest" to avenge the killing of their princes and leaders, led by "Abu Ibrahim Al-Qurashi", and the former spokesman “Al-Muhajir Abu Hamza”.
The terrorist organization's statement indicated that the organization's operations during the remaining days of the blessed month of Ramadan will be carried out in southern Yemen and West Africa.
Last week, Abyan governorate witnessed a large military deployment of al-Qaeda members in the city of Al-Mahfad, and large numbers of al-Qaeda militants gathered in the Al-Majalah and Al-Arqoub areas, with military uniforms belonging to the Security Belt militia of the "Southern Transitional Council."
New game through terrorist tools
Observers of the Yemeni issue believe that these moves come at the behest of the United States and the US-Saudi aggression, with the aim of enabling terrorist organizations to gain control and formal presence in the southern governorates, especially in Aden, Lahj and Abyan, within a hidden scheme.
Observers suggested that the UAE and the United States are preparing a plan for a bloody conflict between the terrorist factions to reduce the influence of the Islah militia in those provinces, whose presence has become limited to be among terrorist individual supported by Islah to confront the UAE-backed armed militias.
The United States and the coalition forces claim that the movements of terrorist organizations come under the name of supporting the popular resistance movements of the Islah party that are fighting alongside the coalition forces, while the Islah militia claims that its support for “Al-Qaeda” comes under the name of supporting the coalition forces’ fronts against the forces of Sana’a.
Marib opposite reaction
Last week, seven members affiliated with al-Qaeda and three affiliated with Daesh managed to escape from Seiyun prison despite the tight security imposed by the US-Saudi forces and mercenaries.
Sources told the "Yemen Press Agency" about the arrival of those leaders of Al-Qaeda to the headquarters of the "Third Military Region" of the coalition forces in the city of Ma'rib.
Observers believed that the process of facilitating the escape of these terrorist members from Seiyun prison, which is under the control of the Islah militia, to Marib, falls within a counter-reaction to empowering terrorists from the city of Ma'rib, in light of Saudi and Emirati plans to exclude recruits and armed groups affiliated with the Islah Party from Marib.
#US_Saudi_Aggression #UAE #Daesh #AlQaeda 22-04-26