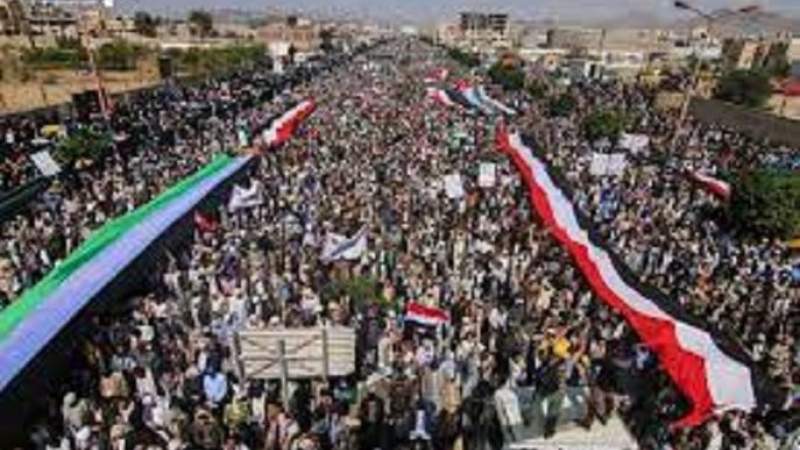 The Yemeni people by history are linked to the Palestinian cause, passed down from generation to generation, unlike the bastard countries whose actions and positions are not governed by principles, values, or morals. They sell and buy their positions and principles for whoever pays more.

What is certain is that the Palestinian cause, despite all attempts at marginalization and exclusion, is still the central issue for all the Arab and Islamic nation and the free people of the world, around which all issues revolve.
Every year the occasion of Quds Day comes to reaffirm that the Palestinians are still suffering under the yoke of Israeli occupation despite the demise of the colonial era, and international forces have planted in its land that bastard state called “Israel” to be the spearhead of the colonial powers and the protector of their interests.
The unfortunate thing is that the Arab reality is characterized by fragmentation, which indicates a bleak Arab reality and future, worse than what is happening today in the absence of joint Arab action and leaders whose work is characterized by historical responsibility for the nation’s present and future.
Many have warned that normalization with the Zionist entity is a matter of ambiguity. The US and the Zionist entity, from the center of power to impose the fait accompli, began with the weak and politically weak Arab entities and regimes the UAE and Bahrain, which have no influence on political and Arab work in the past and present. These two regimes are only playing a functional role in serving the US project.
What is certain is that no matter how aggressive and evil forces in the world try to liquidate the Palestinian cause, facts and events have proven that all these attempts have failed.
Source: YPA translated by Almasirah English website
#Yemen #Palestine #International Quds Day 22-04-30