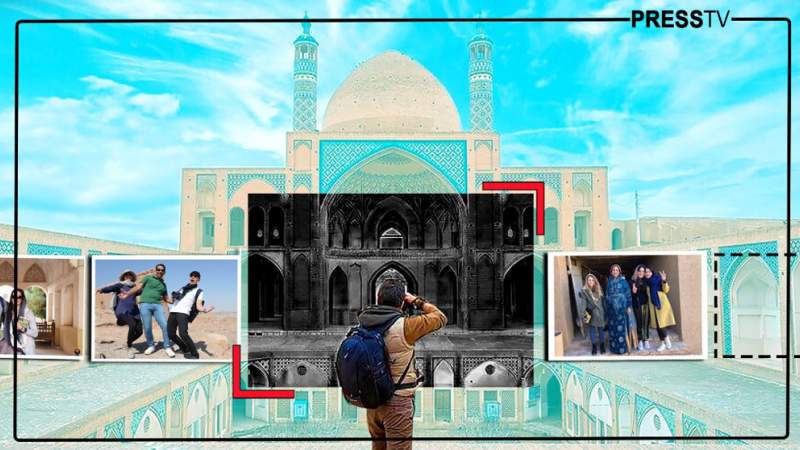 Middle East: WHY? That’s the first thing that people – family, friends – usually say to you when you tell them that you want to visit or live in Iran. And after that, they proceed to quote articles from “experts” – Western ones of course – advising you to think twice before going to Iran.

Yes, Iran is a beautiful country with stunning landscapes and historical sites. But we’re talking about the Islamic Republic. The experts usually love to utter the words "Islamic Republic" very slowly, remarking the fact that the country is an I-s-l-a-m-i-c Republic, a dark place, a political hell on earth, a country of martyrs, with missiles....

When I told my dad I was going to travel to Iran, he vacillated between surprise and concern for my safety. These feelings don’t appear in a vacuum. 30 years ago, Edward Said, after his brilliant Orientalism, wrote another important book called “Covering Islam” to analyze how Western media portrayed Islam and Muslims. In fact, the context for that book was provided by the circumstances associated with the Islamic Revolution. Said explained that almost all of the coverage on Islam and Muslims was either hostile or blatant lies. Go online. Check Iran/Islamic Republic and then come back and keep reading. Nothing really has changed in all these years.

The denigration, marginalization, and destruction – physical and epistemic – of any political expression of Muslimness has been institutionalized throughout the world. The word for that, for the attacks against any political expression of Muslimness, is Islamophobia. And you don’t need to be a right-wing voter to see Muslims through a securitarian framework. Western leftists, my dad among them, also share that view:  Yes, Iran supports Palestine and it’s one of the bulwarks against imperialism...but the country is also a “theocracy.” You can be a leftist and an Islamophobe as well. Sorry to tell you that. Leftists, Western leftists, are part of that Westernesse narrative. The criminalization of Muslims/Mulimness is nothing new. What is new is that now Islamophobia is openly embraced by liberal democracies around the world.

But let’s come back to media representations of Iran. Media outlets are not independent agents – this is particularly true when we talk about the Western ones. This is easy to understand: Western media peddles Islamophobia and anti-Iranian narratives: Go online again. Check Iran/Islamic Republic once more.

These narratives employ a particular grammar, as professor Salman Sayyid says. A grammar frozen in what we can call the Westernesse as a paradigm, a grammar that sees the secular as the limit of the political – as my dad does.  And if Iranians dare to resist this colonial paradigm, the media, in return, portrays them as fanatical and irrational. Because the “experts,” the ones that my dad reads, are part of the iterations of that racist paradigm that sees Muslims as non-human, non-rational, and non-political beings.

The Islamic Republic is seen, in the West, as the main obstacle preventing the Westernesse project. So it’s not difficult to connect the dots, or rather, the Islamophobic dots. Iran is the figure that prevents the Westernesse project from being fully realized – even more, the Islamic Revolution was the definitive blow against the Westernesse as a normative center. And what we’re seeing today, in the media and in the political order, is the attempt, somehow desperate, from the West to recover its old hegemonic status.

The head of the IRIB World Service says the war with the Western media empire will go on unabated.

The main goal of Islamophobia is to prevent Muslims from projecting themselves into the future: To generate other futures. But it’s not an easy task. The regulation and disciplining of Muslimness is also part of that attempt to recover the lost status. Iran is where Muslimness is most visible and that is something that the West cannot tolerate. Yes, Iran has amazing landscapes like the ones in Gilan, and amazing historical places, like Qazvin or Isfahan, and amazing food (check my favorites: Tahdig and Baghali Ghatogh) but, for the West -and also for my dad- the Islamic Republic also has Muslimness expressed in a political way. In an openly political way. In a non-regulated way. And that is scary. It’s frightening because in Iran the Islamic Revolution was able to displace the secular hegemony. And when the secular gets displaced, the West can’t grasp the new political possibilities before us. The secular, as Saba Mahmood told us, was not the evacuation of Islam from the public realm, but “reshaping the forms it takes, the subjectivities it endorses, and the epistemological claims it can make.”

Iran, in my view, is the best example of Islamism – relax, don’t panic: Islamism can be seen as a discourse that re-centers Islam within the public realm. And Islamism is a clear challenge to the Westernesse as a narrative. Western media want to present Iran – as the example of all things Muslimness – as a threat. The growth of Iran as a political representative for Muslims, is seen as a threat to the already lost universal status of the West. And that’s why we have the articles, programs, books, Instagram feeds, Twitter threads... saying that Iran is a dangerous place, a dark place, a rogue state. The chain of equivalence can be easy to follow in this case. Iranians, qua Muslims, are irrationals and therefore not completely moderns, and oh surprise, prone to extremism. The outcome of the securitarian paradigm.  And I've heard many western leftists with this discourse, my dad among them. .

This article could have been a sort of tourist guide to Iran – if you come to Tehran you should visit the Orient Café and order the best Turkish coffee in the city – but let’s wrap up this piece. Of course, I didn’t follow my dad’s concerns. I came to Iran. And you should do the same.

Written by: Xavier Villar is a researcher based in Spain and Iran. He holds a PhD in Islamic studies.
Source: Press TV
#Iran #Islamophobia 22-05-03