Iran FM: Sure, We Will Pray in Al-Quds Soon 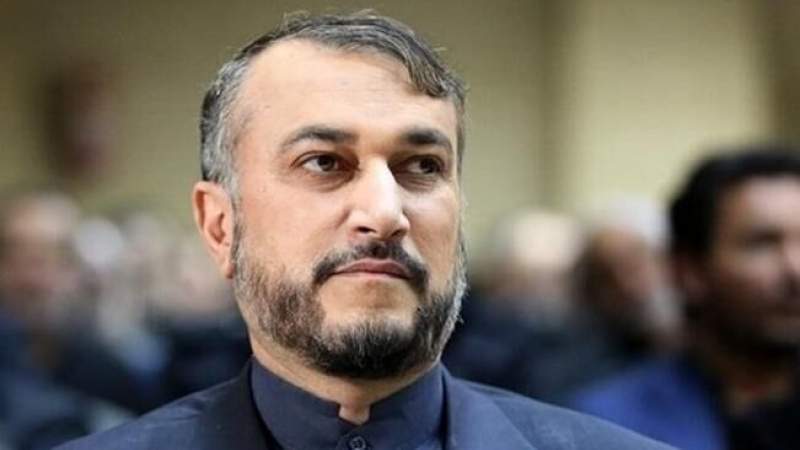 News - Middle East: Iranian Foreign Minister affirmed Tuesday that the Islamic Republic will remain supportive of Palestine to form a united state on all its historical lands, with Al-Quds as its capital.

In a statement to Almasirah network correspondent in Tehran, Minister Hossein Amir Abdollahian said that: Praying in Al-Quds is a divine promise, and the blood of the martyrs of the resistance and the Palestinian people was shed to fulfill this divine promise, adding: We are sure that we will pray in Al-Quds soon.

He underlined that Iran’s objective in the talks is to reach a “strong” and “permanent” agreement.

“We urged the American side to be realistic,” he said. “Removing sanctions in all areas and receiving economic guarantees are among the most important items on our negotiating team’s agenda.”

He added, “We will continue the dialog. As soon as an agreement is about to be reached, our representative in the negotiations will make the final changes to the agreement.”

Several rounds of negotiations have been held in the Austrian capital since April 2021 to bring the US back into the Iran deal. The Vienna talks, however, exclude American diplomats due to their country’s withdrawal from the deal, officially called the Joint Comprehensive Plan of Action (JCPOA), on May 8, 2018.

Recent weeks have brought the talks to a new impasse, as the US insists on its refusal to remove Iran’s Islamic Revolution Guards Corps (IRGC) from its foreign terrorist organization list.

Iran maintains that the IRGC’s designation in 2019 was part of the former Donald Trump administration’s so-called maximum pressure campaign against Iran, and therefore, it has to be reversed unconditionally.

The Joe Biden administration disagrees, even though it has admitted on countless occasions that Trump’s maximum pressure policy has been a disastrous failure. It has retained the IRGC’s designation as leverage in the talks.

“If Iran wants to … put issues on the table that are outside the confines of the JCPOA, Iran will of course have to be in a position to make concessions on those issues,” US State Department spokesman Ned Price said on Monday, in a veiled reference to the designation. “That’s just the very nature of any negotiation.”

The Islamic Republic has made clear that both the JCPOA and the UN Security Council Resolution 2231 are the benchmarks for the Vienna talks, rejecting anything less or more than those two.