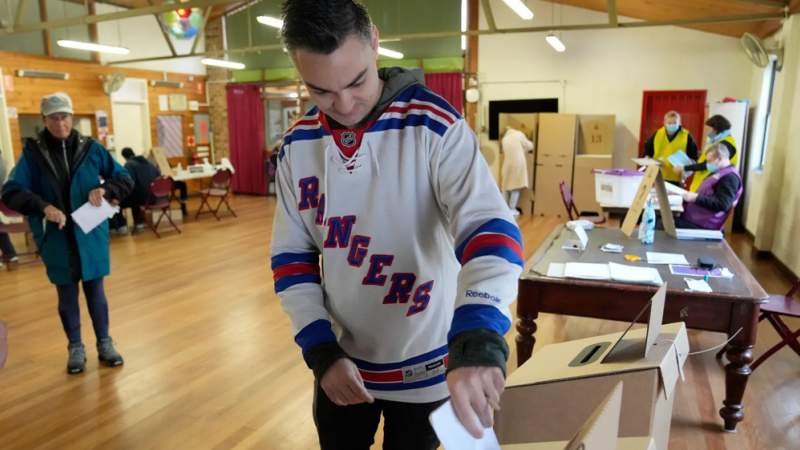 News - World: Polls are now closed across Australia, with early counting in the eastern states showing a possible mixed result in the federal election.

Early vote counting shows swings away from the governing Liberal-National coalition and Labor, and towards independents and minor parties.

With 0.5 percent of the vote counted nationally, there appeared to be a one percent swing away from the coalition and 3.4 percent from Labor.

However, the swing against the government was larger in metropolitan seats, with the Liberals down three percent and Queensland's Liberal National Party down 4.4 percent, while Labor was down two percent.

The Greens, United Australia Party and independents were receiving swings to them in city seats.

Prime Minister Scott Morrison is asking voters to give him a second term in office after three years dominated by the pandemic, climate disasters, and accusations of dishonesty.

Morrison's popularity has waned since he defied polls to clinch a "miracle" win over Labor in 2019, and this election is seen as a referendum on his self-confessed "bulldozer" leadership style.

Morrison's main rival is Anthony Albanese, a Labor Party veteran who inherited the party leadership after his shell-shocked predecessor stepped down following the 2019 election loss.

Morrison and Albanese cast their votes in Sydney after making whistle-stop tours across marginal seats in the final two days of a campaign dominated by rising living costs, climate change and integrity.

“Today, Australians are making a big choice about their future,” Morrison told reporters outside a voting center. “Australia needs someone who knows how to manage money, knows how to deal with national security interests, knows how to move forward and secure that strong economy.”

Albanese said Australians want a change of government, which he said had nothing to be proud of.

“I’ve put us in a position where at worst we’re competitive today. We’re in the hunt here,” Albanese said about his chances at the polls.

“In the fourth quarter, I want to kick with the wind at my back, and I believe we have the wind at our back,” he said in a reference to Australian Rules football, one of the country’s most popular sports.

If there's a clear winner in this election, the outcome could be known within hours -- but a close race may take days or even weeks to resolve.