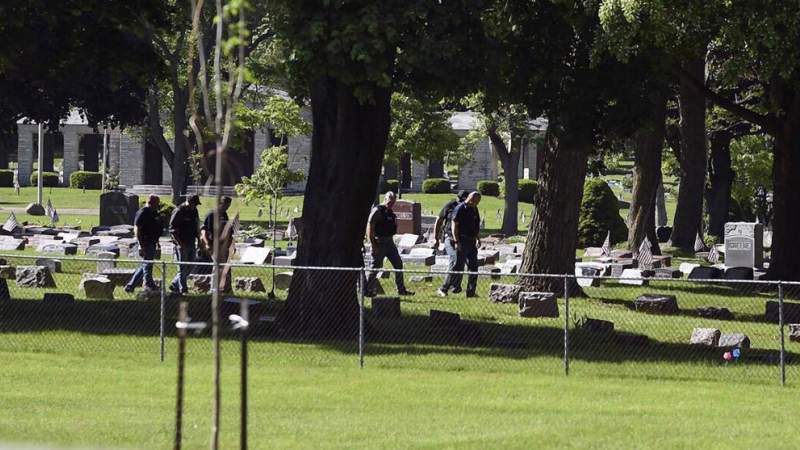 News - World: In two separate shooting incidents in the United States on Thursday, at least three people were killed and several others were injured, according to media reports.

It came shortly after US President Joe Biden delivered an impassioned speech, urging Congress to take action against gun violence after mass shootings.

According to reports, citing police, a man shot and killed two women in the parking lot of a church in Iowa state on Thursday and then turned the gun on himself, in the latest case of mass shootings that have rocked the US.

The incident took place outside Cornerstone Church, a fundamentalist church east of the city of Ames, while a program was underway inside, said Nicholas Lennie, chief deputy of the Story County Sheriff's Office.

When deputies arrived on the scene, they found all three dead, Lennie said, adding that he was not in a position to reveal their identities or disclose what the relationship between them may have been.

"This appears to be an isolated, single-shooter incident," Lennie said.

Meanwhile, another shooting on Thursday was reported in a Wisconsin cemetery in Racine in which two people were wounded, according to Racine police Sergeant Kristi Wilcox.

One victim was treated at a local hospital and released, the other was flown to a Milwaukee hospital, apparently suffering more serious injuries, Wilcox said.

The two incidents took place shortly after Biden delivered an address to the nation on mass shootings and gun violence that have rocked the US in recent weeks -- in Buffalo, New York, Texas and Tulsa, Oklahoma.

"Enough, enough!" the US president said.

The United States has seen an increase in armed violence and mass shootings in recent months. Just in the past few weeks, 10 black Americans were killed in a New York store, 19 elementary school students were shot dead in Texas, along with two teachers and five people in Oklahoma Medical Campus.

Despite the growing anger and outrage, Congress has not yet succeeded in passing a comprehensive arms control law in the country.

“The fact that the majority of the Senate Republicans don’t want any of these proposals, even to be debated or come up for a vote, I find unconscionable. We can’t fail the American people again," Biden lamented on Thursday.