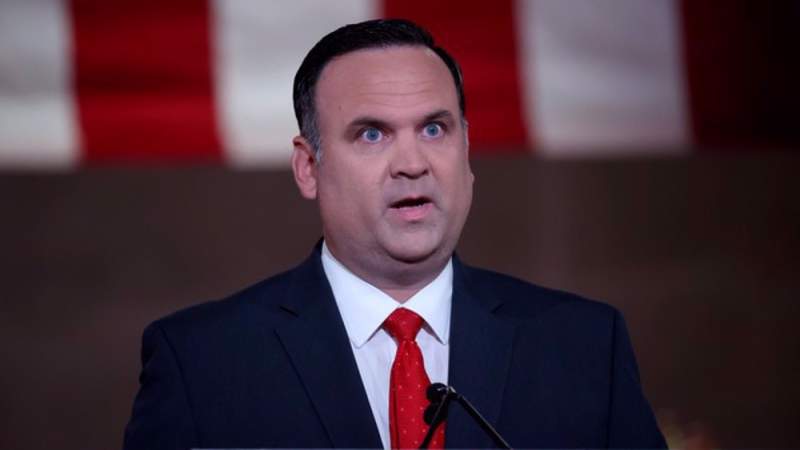 Navarro, 72, was charged with refusing to appear for a deposition and for refusing to supply documents to the House Select Committee investigating the attack by hundreds of Trump supporters seeking to block congressional certification of Joe Biden as the 2020 presidential election winner.

Navarro was taken into custody and was to appear in court Friday afternoon, according to the Washington federal district court.

The committee, which is examining whether Trump, top aides and other senior Republicans instigated or directed the attack, believes Navarro could have information pertinent to the probe, the Justice Department said.

The committee said it had information showing that Navarro worked with former Trump political advisor Steve Bannon "to delay Congress's certification of, an ultimately change the outcome of, the November 2020 presidential election."

After collecting documents and interviewing hundreds of witnesses in private, the committee plans to hold public hearings on its findings beginning June 9.

In a book Navarro published in November, he described creating a plan after the election, called the "Green Bay sweep" in a reference to American football, to reverse Biden's victory by blocking confirmation in the House.

He wrote that Trump was "on board with the strategy."

Navarro, an economist, was subpoenaed in early February but did not supply the documents requested or appear for questioning scheduled for March 2.

On Tuesday he sued the committee in Washington federal court alleging its investigation is illegal and it has no power to subpoena him.

But on Thursday a judge found procedural problems with the suit and ordered Navarro to refile it.