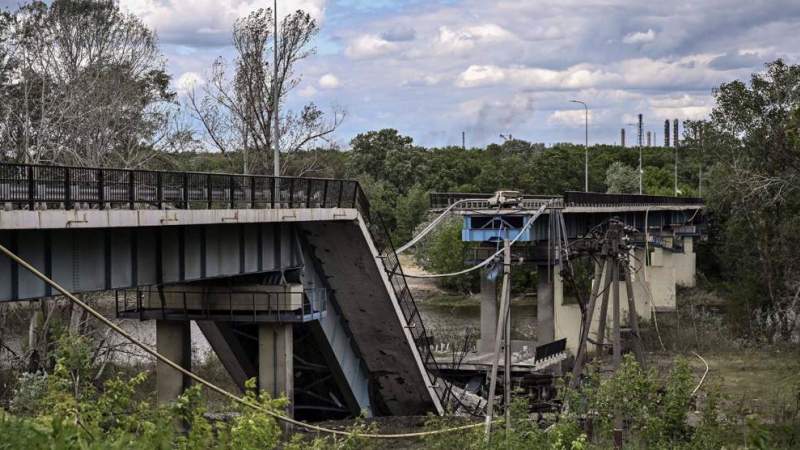 News - World:  NATO Secretary General Jens Stoltenberg and British Prime Minister Boris Johnson have warned that the war in Ukraine could last years, as Russian forces expand their territory in the east of the former Soviet Union country.

"We must prepare for the fact that it could take years," the NATO chief said in an interview with Germany's Bild am Sonntag newspaper.

"We must not let up in supporting Ukraine. Even if the costs are high, not only for military support, but also because of rising energy and food prices."

A NATO summit in Madrid later this month is expected to agree an assistance package for Ukraine that will help the country with the move from old Soviet-era weaponry to NATO standard gear, Stoltenberg said earlier this week.

UK Prime Minister Boris Johnson, who visited Kiev on Friday, also made similar comments and warned his country’s allies to prepare for a long war in Ukraine.

In an editorial for The Sunday Times newspaper, the premier stressed the need to avoid “Ukraine fatigue.”

"The worry that we have is that a bit of Ukraine fatigue is starting to set in around the world. It is important we show we are with them for the long haul and provide the strategic resilience that they need."

“Time is the vital factor,” Johnson said. “Everything will depend on whether Ukraine can strengthen its ability to defend its soil faster than Russia can renew its capacity to attack. Our task is to enlist time on Ukraine’s side.”

Meanwhile, US defense department officials, who spoke on condition of anonymity, said the US may likely send Ukraine four more High Mobility Artillery Rocket Systems (or HIMARS), making the total about of eight.

Even though the number of HIMARS would be doubled, top Ukrainian officials say they need many more such systems, along with longer-range munitions, to destroy Moscow’s artillery across a battlefield that stretches for hundreds of miles.

The UK is also sending three units of a similar weapon, the American-made M270 Multiple Launch Rocket System, with a range of 50 miles. Germany also announced this week that it will transfer three M270s to Kiev.

The internal discussions about sending more HIMARS come as top Ukrainian officials traveled to Washington this week to plead for additional aid to help their forces gain a critical advantage on a battlefield that now stretches for hundreds of miles.

On Saturday, Russian forces were slowly taking territory in the city of Severodonetsk, one of the last remaining Ukrainian strongholds in the region.

“As a result of artillery fire and an assault, the enemy has partial success in the village of Metolkine, southeast of Severodonetsk,, trying to gain a foothold,” the Ukrainian armed forces’ general staff said in a Facebook post late on Saturday.

Serhiy Haidai, the Ukrainian-appointed governor of Luhansk, referred in a separate online post to “tough battles” in Metolkine, while Russia’s Tass news agency, citing a source working for Russian-backed separatists, said many Ukrainian fighters had surrendered in Metolkine.

Ukrainian authorities also reported shelling of locations further west in Poltava and Dnipropetrovsk, and on Saturday they said three Russian missiles destroyed a fuel storage depot in the town of Novomoskovsk, wounding 11 people, one critically.

Meanwhile, Ukrainian President Volodymyr Zelensky said in a Telegram post on Saturday that he had visited soldiers on the southern front line in the Mykolaiv region, about 550 km (340 miles) south of the capital, Kiev.

Mykolaiv is a key target for Russia as it lies on the way to the strategic Black Sea port of Odesa. It is about 100 kilometers (62 miles) northwest of Kherson, which fell to Russia in the first weeks of the war.

“It is important that you are alive. As long as you live there is a strong Ukrainian wall that protects our country,” Zelensky told soldiers there.