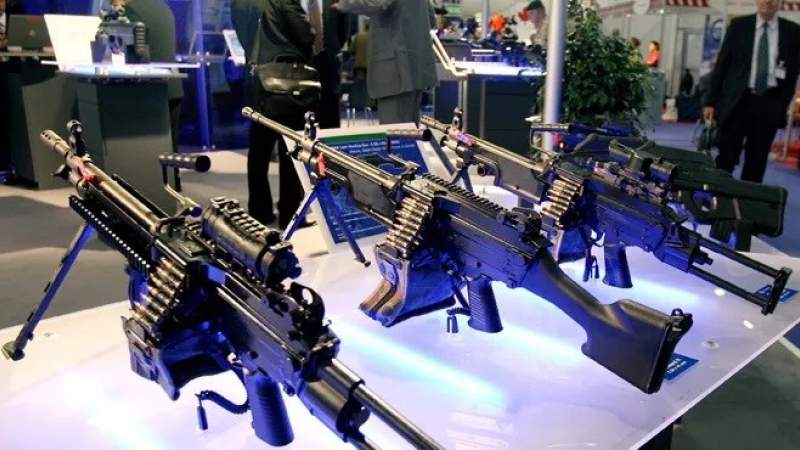 News - World: Several Belgian humanitarian associations, supported by international aid charity Amnesty International, are preparing to take Walloon arms manufacturer FN Herstal to court over shipments of weapons made to the Saudi government in 2015-2020, according to Belgian broadcaster RTBF.

A 2019 Bellingcat investigation proved that Belgian-made FN F2000 automatic weapons were being used, not only by troops of the Saudi border guard, but also actively by military forces fighting across Yemen.

During the US-Saudi aggression, numerous incidents of war crimes have been reported and most major European nations have ended arms exports to Saudi Arabia.

Despite this, Belgium’s Wallonia regional government continued to sell weapons to the controversial Saudi international.

The Belgian Council of State suspended the regional government’s arms export to Saudi Arabia on at least three separate occasions in recent years. The Belgian arms industry was shown to have grown exponentially as a result of Saudi contracts.

Since March 2015, Amnesty International’s researchers have investigated dozens of air strikes and repeatedly found and identified remnants of US-manufactured munitions.

Amnesty International previously identified the use of the same US-made Raytheon bombs used on 21 January in a Saudi-led air strike carried out on 28 June 2019 on a residential home in Ta’iz governorate, Yemen, that killed six civilians — including three children.

In September 2021, the US House of Representatives passed a provision to its yearly defense bill ending US support for the SLC’s offensive operations and air strikes in Yemen, yet it was removed from the final bill that later passed into law.

US President Joe Biden has abandoned promises made after first taking office in early 2021 to end US support for offensive operations in Yemen, including arms sales, and to “center human rights in foreign policy” and ensure rights abusers “are held accountable.” Saudi Arabia and the UAE are apparent exceptions.

Since November 2021, the Biden administration has approved sales of — and awarded US firms contracts for — missiles, aircraft, and an anti-ballistic defense system to Saudi Arabia, including a $28 million deal for US maintenance of Saudi aircraft in mid-January.

Among these was the approved sale of $650 million in missiles to Saudi Arabia, also from Raytheon, which Congress greenlit despite motions to block it. In December, the administration stated it “remains committed” to the proposed sales of $23 billion in F-35 aircraft, MQ-9B, and munitions to the UAE — despite strong human rights concerns.

On 20 January, the Saudi-led coalition launched air strikes on the port city of Hudaydah, killing at least three children, according to Save the Children. Air strikes have also targeted a telecommunication building in Hudaydah, causing a nationwide internet blackout. Yemen was largely without internet access for four days, leaving friends and families out of touch and restricting people’s ability to access or share information on the situation.

The deliberate targeting of civilian objects and extensive, unjustified destruction of property are war crimes.