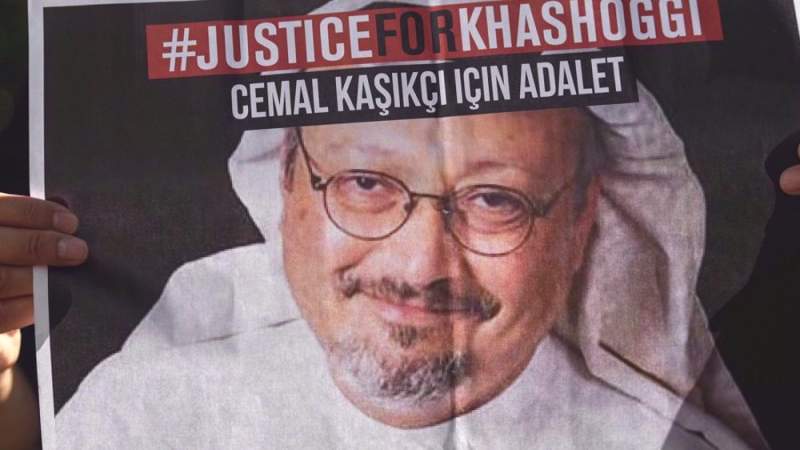 The Middle East Eye reported on Friday that Istanbul's 11th Heavy Penal Court closed the case on June 17, saying Saudi judicial authorities had already tried many of the suspects in the kingdom, making the Turkish trial unnecessary.

The Istanbul court noted that Riyadh Criminal Court's First Joint Chamber has said 10 of the 26 suspects had received sentences of up to 20 years in prison, adding that after inspecting the Turkish court dossier on the killing, it has decided that there was no fresh evidence to suggest the 11 remaining suspects should be retried.

The Riyadh court also said the authorities could not establish any connection between the murder and the remaining four suspects who were also part of the joint Turkish-Saudi team to investigate the murder.

The Istanbul court said it did not have the means and evidence to continue the trial under such circumstances since it could not listen to the testimony of the suspects.

It added that international legal principles and precedents suggest it should drop the case, since it doesn't have sufficient probable cause to continue against the remaining suspects - who have not been found guilty in Saudi courts.

Hatice Cengiz, Khashoggi's Turkish fiancée, still has a right to appeal the decision in one of Turkey's higher courts.

The latest development comes as Saudi crown prince Bin Salman, who is commonly referred to by his initials MBS, arrived in Ankara on Wednesday for the first time in years, where he is slated to hold talks with Turkish President Recep Tayyip Erdogan.

Ties between Ankara and Riyadh took a nosedive after Khashoggi was killed and dismembered inside Saudi Arabia’s consulate in the Turkish city of Istanbul in October 2018.

Saudi Arabia initially issued conflicting stories about Khashoggi’s disappearance, but eventually claimed that the Washington Post columnist had been killed in a “rogue” operation.

At the time, Turkish officials released an audio recording of Khashoggi’s killing that they said contained evidence that Khashoggi had been assassinated on the orders of bin Salman.

Turkey's rapprochement with the Saudis began with an Istanbul court decision in April to break off the trial in absentia of more than two dozen suspects accused of links to Khashoggi's killing and to transfer the case to Riyadh.

The court's decision drew strong protests from activists around the globe. But it paved the way for a visit to Saudi Arabia by Erdogan three weeks later, when he hugged the crown prince.

Erdogan’s unconventional economic approach has set off an inflationary spiral that has seen consumer prices almost double in the past year. But his administration is now drumming up investment and central bank assistance from the very countries it opposed.

Turks' living standards are imploding one year before a general election that poses one of the biggest challenges to Erdogan's mercurial two-decade rule.

Turkey faces its worst economic crisis in two decades and is trying to draw investments from wealthy Arab states of the Persian Gulf region. It has also taken steps to improve relations with the United Arab Emirates, Egypt and the Israeli regime.