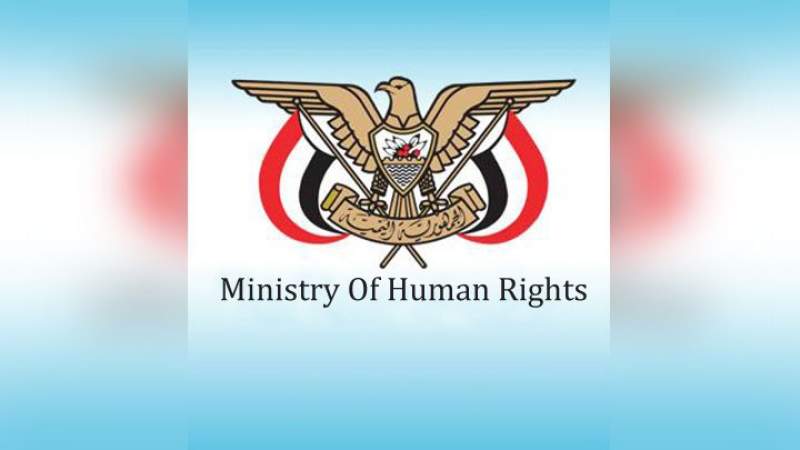 News - Yemen: Ministry of Human Rights expressed its dissatisfaction with the neglect of the international community and humanitarian organizations' ignoring of the exacerbation of the suffering of the Yemeni people, with the continued disavowal by the US-Saudi aggression from fulfilling humanitarian decisions.

The ministry said in a statement on Wednesday that it is following with concern the regional and international attempts to extend the truce again. It stressed that it is shameful to continue to use the humanitarian aspect in the circle of political exploitation, and to discuss humanitarian issues in truces and political and military negotiations.

“This is a violation of international humanitarian laws and agreements that stipulate the need to neutralize humanitarian issues in wars and conflicts,” it added.

The statement pointed out that despite the international community's identification with this confusion in the issues practiced by the Saudi-led aggression, the humanitarian situation - during the truce period - did not witness any victory for the concept of humanity or the humanitarian clauses in the agreement.

The Ministry pointed out the continued intransigence of the coalition of aggression in closing the crossings linking cities and governorates, as well as the continuation of maritime piracy, the detention and delay of oil ships, and the repudiation of entering the number specified in the agreement. As is the case with obstruction of commercial and civil flights to and from Sana'a Airport in front of patients and travelers.

The statement stressed the continued escalation of civilian casualties, as a result of sniping and artillery shelling by the aggression’s forces. Not to mention the number of civilians who die as a result of the explosion of remnants of war, in light of the refusal of the coalition of aggression to introduce devices for detecting and removing mines and cluster bombs.

It stated that the prisoners' issue is still being obstructed and politically exploited by the coalition of aggression, and Yemenis in general are still under an unjust siege, and salaries have stopped.

It called for rejecting any attempts or efforts to extend the truce in light of the continuous aggressive policies towards humanitarian decisions and clauses that did not witness any outputs, and the absence of any guarantees of implementing what was declared commitment to it. Also to improve these courses to include important humanitarian aspects, foremost of which are salaries and settling the economic one.

It also called on the United Nations and the international community to play its role in stopping the war and putting pressure on the coalition of aggression, to neutralize the humanitarian aspect. “It is a legal and moral entitlement that cannot be postponed or delayed.”

Also to criminalizing the imposed siege, and all abuses and inhumane practices committed by the coalition of aggression, which target civilians.

The deal stipulates halting offensive military operations, including cross-border attacks, and allowing fuel-laden ships to enter Yemen's lifeline Hodeidah port and commercial flights in and out of the airport in the capital Sana'a "to predetermined destinations in the region ."