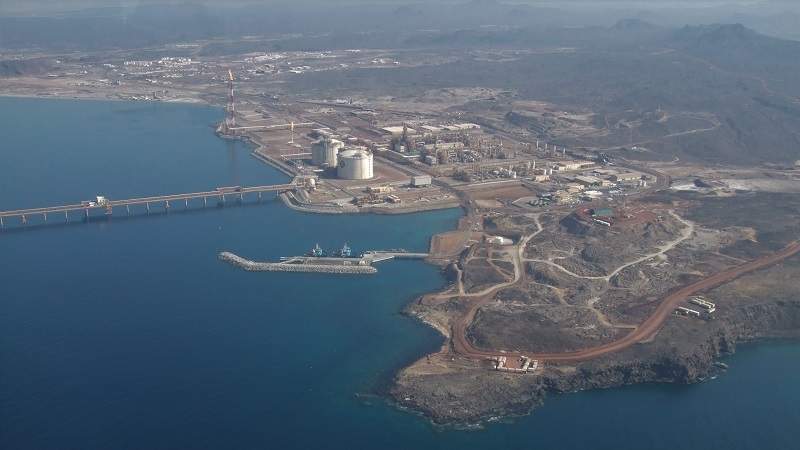 Yemen: At a time when the Yemeni people are suffering from US-Saudi siege and escalating piracy on fuel ships, the US-Saudi-Emirati aggression and its mercenaries are still looting and confiscating the wealth of the Yemeni people for the benefit of the Gulf banks.

The Saudi-UAE regimes looted the oil wealth and prevented the entry of the oil derivatives at the same time; This is in order to ensure doing something that would bring the Yemenis to their knees in favor of the colonial schemes in behalf of the Zionist-American occupation and expansion projects.

Almasirah newspaper re-publishes statistics of the looting that was monitored from the beginning of 2021 until the middle of 2022, to show the extent of the thefts practiced by the aggression and occupation.

The total looted oil by the aggression since the beginning of the year 2021 until today is amounted to 24 million and 700 thousand barrels of crude oil.

The cost of the looted oil in advance amounts to two billion and 743 million dollars, which is equivalent to approximately one trillion and 646 billion and 400 million Yemeni riyals.

It is noteworthy that the looted oil during the year 2021 amounted to 12 million and 500 thousand barrels of crude oil at a cost of one billion and 232 million US dollars, equivalent to approximately 739 billion and 600 million Yemeni riyals.

On February 21st, the tanker Carmel crossed the Suez Canal, after it was shipped on the 14th of the same month, with one million barrels of crude oil from the port of Bir Ali in Shabwa, while the looted quantity was sold on board the Caramel for an amount of 3 billion and 600 million Yemeni riyals.

On the 11th of April, the giant oil tanker SAGA arrived at the port of Bir Ali in the Radhum district of Shabwa, coming from the Emirati port of Fujairah, to loot more than 115 thousand tons (approximately one million barrels) of crude oil to be sold for 58 billion riyals.

Four days later, the giant oil tanker APOLYTARES arrived at the Dabba port in Al-Shihr in Mukalla to ship large quantities of looted Yemeni oil, to loot more than two million and 250 thousand barrels of crude oil, worth more than 145 million dollars. This theft coincided with another similar one through the port of Bir Ali with a cost of up to 50 million dollars.

Ten days later, a giant oil tanker arrived at the Dabba port on the 26th of April to loot two million barrels of crude oil at a cost of $125 million.

While the US-Saudi aggression continued its hidden looting operations, the differences between the US-Saudi mercenaries resulted to reveal a theft operation on the 15th of August, through a Korean tanker that arrived in Shabwa to loot 106,000 tons of crude oil worth 69 billion riyals, a few days after a similar looting coming from Fujairah.

Less than a week later, on August 23, a giant oil tanker arrived at the Dabba port in Shihr in Hadhramaut, to loot 2.4 million barrels of crude oil, worth more than $165 million.

On the 19th of October, the tanker SEASCOUT arrived at the port of Bir Ali in Shabwa governorate to loot 950,000 barrels of crude oil worth $82 million, equivalent to 104 billion Yemeni riyals.

On November 20 of the same year, the giant oil tanker SEATRUST arrived at the Rudhum port in Shabwa governorate to loot nearly one million barrels of crude oil, which cost $78 million and 500 thousand, equivalent to 117 billion and 750 million riyals.

In the last month of the year 2021, a cargo ship arrived from the Emirati port of Fujairah, to loot one million barrels of crude oil, bringing the total announced thefts to 12 million and 500 thousand barrels, which cost one billion and 232 million dollars.

During the first half of 2022, the statistics confirm that Yemeni oil was subjected to major looting that exceeded the numbers of previous years, as the looting operations in just 6 months amounted to 8 declared thefts that resulted in the looting of 12 million and 200 thousand barrels, at a cost of 1.511 billions dollars were looted by the US-Saudi aggression countries.

On January 19th the ship “APOLYTARES” arrived to loot 2.5 million barrels from the port of Dabba in Hadramout, with a cost of 217 million dollars, and then set its destination to China.

On April 10th, the giant oil tanker APOLYTARES docked in the port of Ash Shihr in Hadramout Governorate, coming from the Chinese port of Zhoushan, looting 316,679 tons of crude oil, which is equal to 2,375,090 barrels, with a cost of 251 million dollars.

At the end of last May, the giant oil tanker APOLYTARES resumed looting for the third time from the Ash Shihr port in Hadramout, to loot more than two million barrels of crude oil, at a cost of more than 270 million dollars, according to the Brent Crude Exchange.

On the 27th of last June, the ship "Golf Aetos" left the port of Radhum in Shabwa Governorate, after it had looted a quantity of more than 400,000 barrels of crude oil, after coming from the UAE, while the cost of the looted quantities amounted to 43 million and 640,000 dollars, according to the prices of Oil on the global stock exchange.

On the 29th of last June, the ISABELLA ship arrived at Al-Nashima port in Shabwa, coming from Ras Tanura port, looting nearly one million barrels worth up to 144 million dollars according to international stock prices.