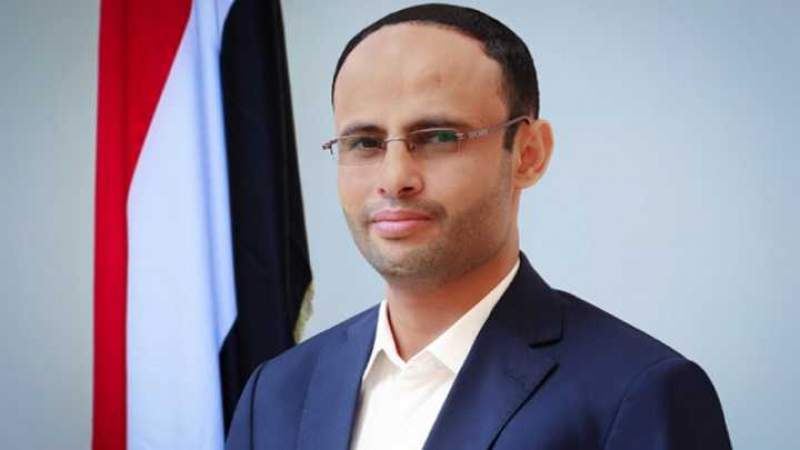 News - Yemen: President Mahdi Al-Mashat met, on Sunday in the capital, Sana’a, with the delegation of Oman.

In the meeting, they discussed issues related to the truce and the proposals put forward by the Special Envoy of the Secretary-General of the United Nations Hans Grundberg to the National Delegation, as well as proposals related to addressing humanitarian and economic issues.

During the meeting, President Al-Mashat welcomed the delegation of Oman, praising the continuous positive efforts of the Sultanate in alleviating the suffering of the Yemeni people and supporting efforts to establish peace in Yemen. He stressed that these efforts are appreciated by the Yemeni leadership and people.

Mashat reiterated the keenness of Yemen to achieve a just peace that would achieve for the Yemeni people their right to sovereignty and independence. He pointed out the need for any truce to be accompanied by a tangible improvement in the economic and humanitarian situation of the Yemeni people, including the payment of the salaries of all state employees and retirees.

He pointed out that the demands of the Yemeni people represented in stopping the aggression and lifting the siege on Yemen, starting with the complete and immediate opening of Sana’a International Airport, the port of Hodeidah, and the payment of salaries for all employees from oil and gas revenues, are just and fair demands. It does not imply any incapacity or require a waiver by the Saudi-backed party.

Mashat stressed that the implementation of these steps will be supportive of peace and will contribute significantly to alleviating the suffering of citizens as a result of the aggression and siege.

The President stressed the importance of the US-led coalition's involvement in supportive measures to build confidence and the requirements of peace. He considered that their adherence to the blockade is a war crime and a crime against humanity, which is completely incompatible with the necessities of peace.

The deal stipulates halting offensive military operations, including cross-border attacks, and allowing fuel-laden ships to enter Yemen's lifeline Hodeidah port and commercial flights in and out of the airport in the capital Sana'a "to predetermined destinations in the region ."

A truce, the positive effects of which have not been felt by the citizens over the past months, despite its broad headlines. Commercial flights to Cairo are still stumbling until today, and the navy of aggression continues to pursue fuel ships without respect for agreements or any regard for international laws and norms. The fires of the aggression side did not subside along the fronts, on the borders and inside, including shelling, reconnaissance, development and crawl.