Oil, Gas Wealth in Marib was Looted by US-Saudi  Aggression 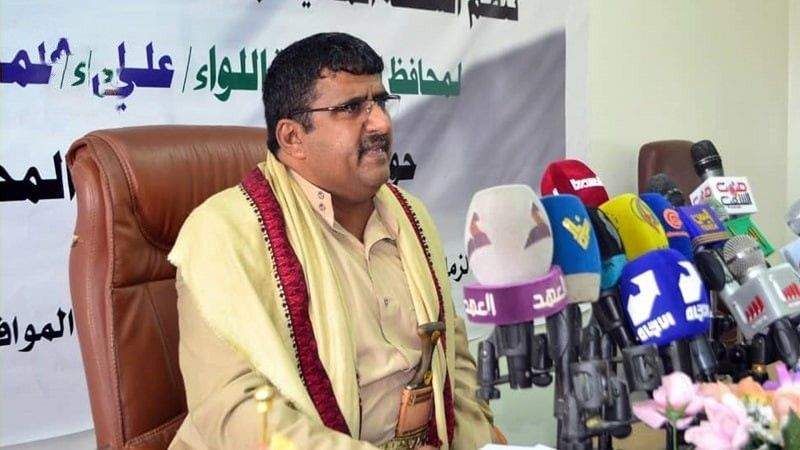 News - Yemen: The leadership of the local authority in Marib Governorate held a press conference to find out the latest developments under the slogan "The wealth of Marib belongs to the people, not the spoils of the occupier."

The governor of Marib, Ali Taiman, explained that the press conference comes to clarify the facts about some issues for local and international public opinion, and to reveal the aggression's disavowal of their responsibilities in creating crises and the suffering experienced by the Yemeni people.

He confirmed that the Marib gas station was covering most of the Yemeni governorates, and with the start of the aggression, the Saudi-backed government cut electricity to the areas under the control of the Salvation Government.

"The engineering teams were directly targeted by the Saudi-backed government in Mas and Madghal area, which forced them to stop working, and after that, the Marib gas station stopped working as a result of neglect, lack of maintenance and corruption" He said.

He touched on the suffering of the people of Marib, the travelers and all the Yemeni people after the Saudi-backed government cut off the main asphalt roads linking between the city of Marib and Sana'a and the others governorates.

The Governor of Marib indicated that the Arada Authority, under the directives of the US-Saudi aggression, deducted a percentage of the shares of the free governorates of domestic gas by more than 50 percent, which caused great suffering for the citizens.

Toaiman called on Al-Arada, Al-Islah Party and the US-Saudi aggression to stop the policy of collective punishment against the Yemeni people and to supply gas to all governorates in sufficient quantities and at reasonable prices.

The governor of Marib confirmed that the initiative was welcomed by the sheikhs and dignitaries of Marib, but Al-Arada and the reform leaders rejected peace initiatives, because they do not have the decision of peace and war.

He pointed out that the Arada authority sought to turn the Marib governorate into a training camp to gather mercenaries and takfiri elements from various governorates.

The governor of Marib explained that the governorate's oil and gas wealth was subjected to looting, as oil revenues covered 70 percent of the state's general budget, and its revenues during the years of aggression were estimated at more than 14 billion dollars.

He called, in this regard, to supply the proceeds to the Central Bank of Yemen in Sana'a to be able to disburse salaries to all employees in the northern and southern governorates.

The governor of Marib renewed the local authority's welcome in the governorate for any serious initiatives that alleviate the suffering of citizens, calling on US-Saudi aggression to take advantage of the new truce in addressing humanitarian issues without fallacies.