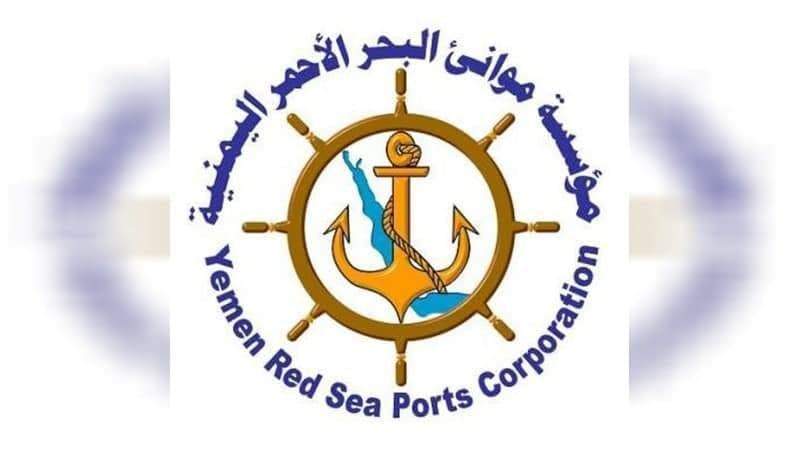 News - Yemen: The Yemen Red Sea Ports Corporation issued a statement on the occasion of the seventh anniversary of targeting the port of Hodeidah, August 7, 2015, by US-Saudi aggression.

In a statement, the it confirmed that the seventh anniversary is taking place in light of a declared third truce that was renewed for two months, and the side of the aggression did not commit to implementing its provisions.

The statement pointed out that the aggression is still imposing its crimes in besieging and impeding the activity of the ports under Salvation government control "Hodeidah, Saleef, Mocha and Ras Issa". The aggression prevents the entry of more than 600 items, and spare parts for equipment, machinery and bridge cranes, in a clear violation of all international treaties and covenants that provide for the delivery of materials to the population during periods of war.

The statement stressed that container ships have been strictly prohibited from entering through the ports of Hodeidah since 2017, in addition to the detention of oil tankers covered by the truce, for varying periods.

In its statement, the Corporation indicated that the ports of the institution did not benefit from the truce, and that before the truce is the same as after. The Foundation pointed out that on the technical side, the United Nations and its organizations did not abide by the pledges of the Stockholm Agreement, which was concluded on December 13, 2018, and stipulated that the Development Program provide support to the Foundation to improve the efficiency and productivity of the Yemeni Red Sea ports under Security Council Resolution No. 2245 of 2019. Nor did it work to transfer the UNVIM mechanism for the supervision and inspection of ships from Djibouti to the port of Hodeidah, according to the Stockholm Agreement.

It pointed out that the aggression's targeting of Yemeni ports is a bad method that they have been using since their declaration of aggression against Yemen, and it is a clear and declared war crime and in full view and hearing of the international community, which is complicit with the enemy and who denies all human values and all relevant laws, charters and treaties.

The Foundation reiterated that its ports play their humanitarian and relief role in accordance with international laws and norms, and comply with the international port security system, and ships visiting them are subject to United Nations control procedures. It held the United Nations, its envoy to Yemen and the relevant international organizations legally and morally responsible towards the aggression and siege against the people of Yemen.

It called on the UN Security Council and the United Nations to lift the siege on its ports, end piracy, and prevent the detention of food, medicine and oil derivatives ships by the coalition of aggression without any restrictions or conditions.