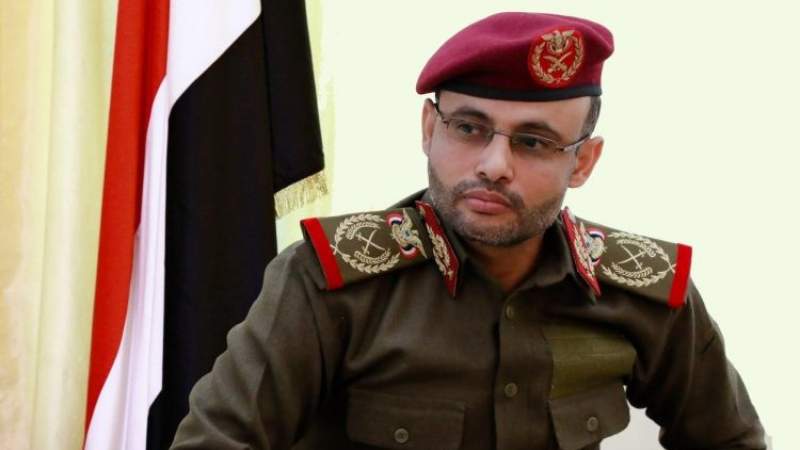 News - Yemen: The head of Political Council, Mahdi Al-Mashat, affirmed Sana'a's great keenness on peace, openness to all good efforts, and the exchange of addressing concerns and ensuring legitimate interests with all countries of the world.

President Mahdi Al-Mashat confirms the transition of the September 21 revolution from the phase of fighting for existence, to the phase of fighting for liberation and construction. He also called on the pro-aggression party to completely end the aggression, siege and occupation, address the effects and repercussions of the war and cooperate in fixing what they spoiled.

Al-Mashat pointed out that at the forefront of confidence-building steps is the lifting of the blockade on Yemeni ports and airports, and the control of oil and gas resources and wealth to ensure the payment of salaries.

He also called for working to achieve the required and encouraging progress in the exchange of release of prisoners and bodies and the detection of the missing, stressing National party's full readiness to immediately enter the implementation of this humanitarian step on the basis of (all for all).

Recently, the Deputy Prime Minister for Defense and Security Affairs stressed that the liberation of the land, the protection of the people and the independence of political decisions are principles without which peace cannot be achieved.

In statements to Almasirah TV, Lieutenant-General Jalal Al-Rwaishan noted that the goals of steadfastness, resistance and confronting guardianship are clear, adding that “we realize that the state of no war and no peace is stressful for our people however, we are preparing to confront the plans of the US-Saudi aggression in this regard.

He pointed out that the US pushing towards the truce had strategic goals for it in the region, through cutting the way for the east and protecting the security of the Zionist entity.