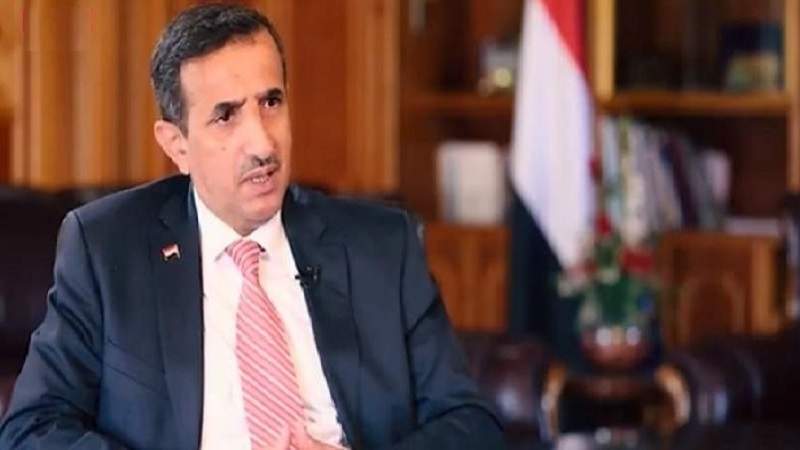 News - Yemen: Deputy Prime Minister Jalal Al-Ruwaishan confirmed that the Yemen's Armed Forces today are ready to fight broader battles. He explained that our weapons achieve a balanced deterrence for the enemy, and the security of Yemen today is an influential factor in regional and international security.

"We are facing an aggression that only understands the language of force, and the level of deterrence that our forces have reached is enough to stop aggression and end siege," he said.

He stressed that Yemen is the one who guarantees the security of navigation and maritime straits, and we are keen on the security of the Red Sea, and only Yemenis will solve the problem of Yemen.

"After eight years of aggression and siege, we say through these military parades that we are present to defend our country at the highest levels, and we continue to defend the homeland and the people with all possible," he added.

Al-Ruwaishan pointed out that the combative doctrine associated with God, leadership and the people are the factors for achieving victory, and this counts for the September 21 revolution. He also explained that the military establishment was able to maintain a good level after the revolution and developed its capabilities.

Recently, the Minister of Defense, Mohammed Al-Atifi, affirmed that the Yemeni Armed Forces possess today more than ever all the factors of strategic deterrence, and are racing against time to face all challenges and risks. He warned the US-Saudi aggression against its continuation in its war and aggression against the Yemeni people, stressing that if the enemies continue to follow this path, they will be defeated.

"The one who won back Al-Jawf to Yemeni geography is able to restore all the lands of the of Yemen, and that there is neither discussion about the integrity of national sovereignty over all of Yemeni geography," he said.

Al-Atifi stressed that one of the most prominent factors of victories in the fields of confrontation is when there is a loyal leadership that is proud of belonging to its religious and national identity. He thanked the people of Al-Jawf and Marib governorates who stood in the side of the nation and the Yemeni people in defending their sovereignty and independence.

He explained that the Yemeni Armed Forces today are stronger than what they were seven years ago. “On the military side, we have reached self-sufficiency in the production of light and medium weapons, and with regard to the manufacture and development of strategic deterrence weapons, drones, and naval and air weapons,” he added.