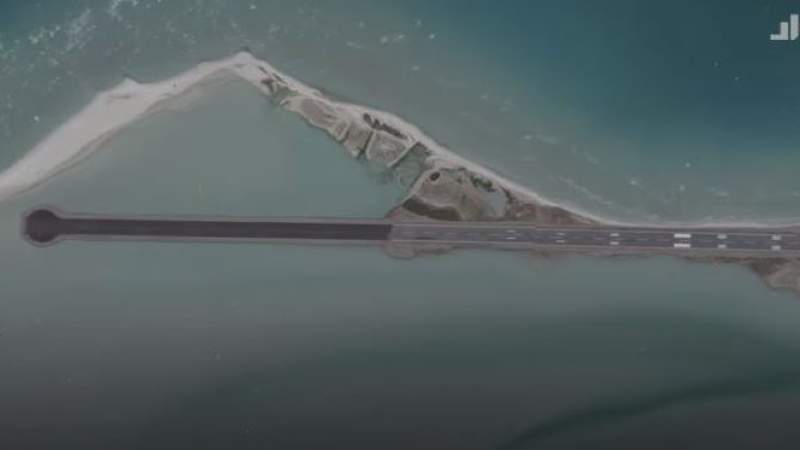 News - Yemen: Governor of the pro-aggression government in Taiz recently admitted the establishment of a military airport for the UAE forces in the port of Mocha near the Bab al-Mandab Strait, west of Taiz Governorate.

In his Twitter account, Shamsan claimed on Wednesday that Mocha Airport will be a landing strip for planes carrying the people of Taiz arriving from all corners of the earth.

The UAE is seeking to control the strategic Islah camps that it established in Al-Hujariya and Al-Ma’afer, which overlook the coasts of Mocha and Bab Al-Mandab, after the assassination of the Emirati-backed commander of the 35th Armored Brigade Adnan Al-Hammadi in early December 2019.

Islah took control of the brigade after violent confrontations with the brigade's gunmen who refused to submit to the leader Abdul Rahman al-Shamsani. In August 2020, Aseel, the son of Major General Abdul Hakim al-Jabzi’s operations chief, was slaughtered by Islah militants, and many of the brigade’s leaders were targeted with explosive devices.

This comes after the Arab investigations platform Eekad revealed last May about Emirati military developments on the western coasts of Yemen, to establish a 2.5 km military airport linked to two main roads, one of which reaches the entrance to the Mocha port, and the other connects to the sea port, to receive military equipment of the Emirates ships.

Eekad indicated that the UAE started the work of the military airport in early 2021, to complete the construction of the runway in November of the same year.

The platform monitored a large activity of ships carrying the UAE flag, including the Takreem ship, which participated in the construction work of the Mocha military airport, and the establishment of the Emirati-Israeli military base on Abd al-Kuri Island during 2021.

The UAE participated in the aggressive war on Yemen and took it as a way to achieve its goals in the south of the country. During the eight years of participation, it was convicted of several practices that transgressed in the Yemeni affair, violating its sovereignty, security, unity, independence and territorial integrity.

The UAE sought to gain influence in the Yemeni coastal areas and in the south of the country, with the aim of strengthening its presence at the maritime shipping lines in the Gulf of Aden and the Bab al-Mandab Strait, towards the Horn of Africa.

The increasing rifts between Saudi Arabia and the UAE prompted the two countries to strengthen their presence in the occupied governorates, as each of them established alliances with Yemeni factions and used them to achieve their goals.