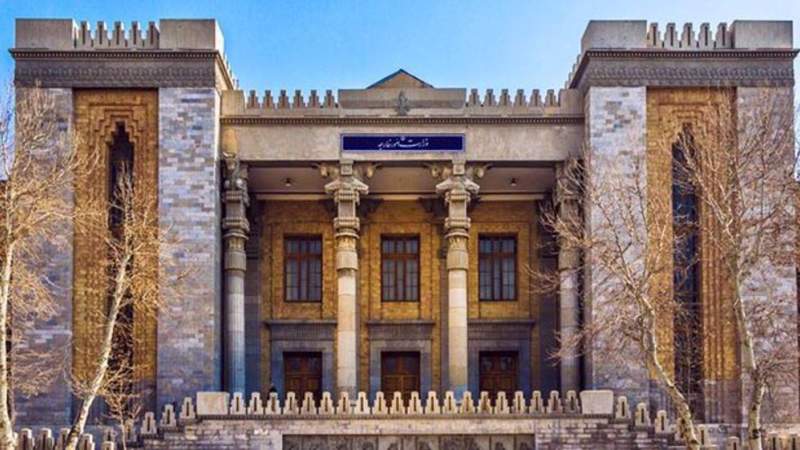 News - World: Iran has announced tit-for-tat sanctions against institutions and individuals in the European Union (EU) due to their deliberate actions in support of terrorism and terrorist groups.

In a statement released on Wednesday, Iran’s Foreign Ministry once again strongly rejected and condemned the EU’s October 17 sanctions targeting Iranian individuals and entities over baseless accusations that constitute a clear example of interference in Iran’s domestic affairs.

In response, it added, the ministry hereby announces sanctions against a number of individuals and entities within the EU due to their “deliberate actions in support of terrorism and terrorist groups, encouraging and inciting terrorism, violence, and hatred, which has caused riots, violence, terrorist acts, and human rights violations against the people of Iran.”

The blacklisted individuals are banned from receiving a visa or entering Iran, and the ownership of their properties and assets in Iran will be transferred to the Iranian government.

Earlier, Iran had imposed retaliatory sanctions against a number of British individuals and entities for supporting terrorism, inciting violence, and violating human rights.

In a statement last week, Iran’s Foreign Ministry announced that the embargoes on the British individuals and entities were a “tit for tat” move against the sanctions that had been placed by some European countries on Iran.

The statement named three entities and nine individuals that had been blacklisted under the Islamic Republic of Iran’s sanctions regime. The entities included the National Cyber Security Center (NCSC) and Government Communications Headquarters (GCHQ) as well as Volant Media, Global Media, and DMA Media and anti-Iranian TV channels that they support namely, BBC Persian and the so-called Iran International.

The ministry underlined that the measures by the listed entities led to “riots, violence, and terrorist acts” against the Iranian nation.

The EU foreign ministers had decided a week earlier to levy sanctions against 11 Iranian individuals and four entities over the country’s response to the foreign-backed riots that followed the death of a young Iranian woman in police custody.

Mahsa Amini’s death initially triggered peaceful protests, but the gatherings were quickly hijacked by foreign-sponsored rioters, who engaged in deadly acts of violence and vandalism.

In yet another hostile act against Tehran on Thursday, the EU unveiled a new set of sanctions targeting Iran over allegations that it has been supplying drones to Russia to hit Ukraine. Both Iran and Russia have denied the allegations.