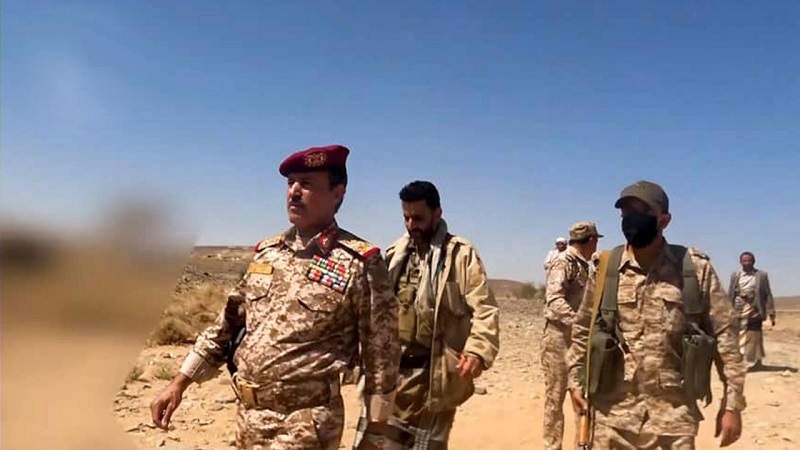 News - Yemen:  The Minister of Defense, Mohammed Nasser Al-Atifi, called on the US-Saudi aggression to stop their absurd aggressive war on Yemen, and if it continues, it will only bring destruction to countries involved and the region.

The Minister of Defense stressed that Yemen's wealth and resources usage is decided only by the government in Sana'a. "US-Saudi aggression requested a truce and sought it in an attempt to steal the victories achieved by the Yemeni people and their Armed Forces. We tell them that they have two options, either a truce and disbursement of salaries or missiles and drones," he said.

He explained that the countries of aggression worked during the truce to rearrange their situation, by purchasing various air defenses, stressing that their defenses would not protect them from the strikes of the Yemens' Armed Forces.

General Al-Atifi pointed out that the Armed Forces demonstrated, through military parades, their high readiness, and the advanced level they reached in military industrialization.