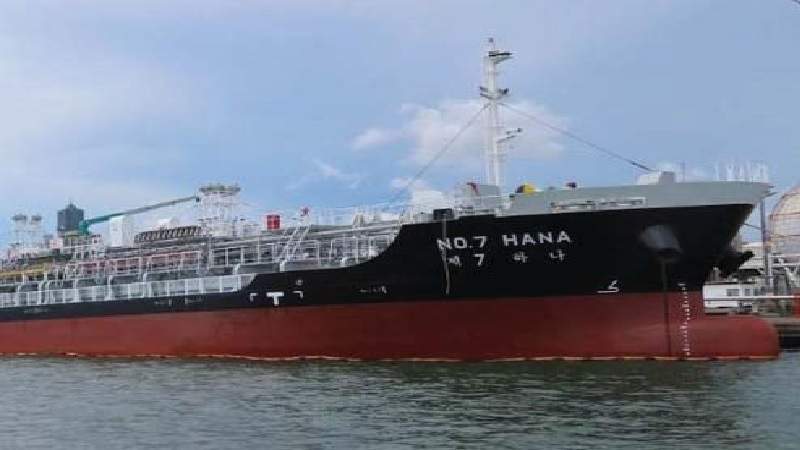 News - Yemen: Sana'a revealed its success in preventing the looting of a new quantity of crude oil that the enemy wanted to export on a new oil tanker, but the tanker responded to the warnings of the concerned authorities in the National Authority and returned to its place.

On Saturday, Deputy Foreign Minister of the Salvation Government, Hussein Al-Ezzi, said that the ship "Hana" responded to Sana'a's warnings, when asked to return to safely. He did not specify which port the ship was intending to go to, nor the amount of oil it was seeking to transport.

Navigational data had shown that the ship "Hana" left the Emirati port of Fujairah, heading towards the Qena oil port in Shabwa Governorate, to load a shipment of crude oil.

This is the second ship that has been announced to be prevented from looting the national wealth, after the Armed Forces managed to stop another ship that was seeking to load two million barrels from the port of Al-Daba in the Hadhramaut governorate.

Sana'a took the decision to ban the export of oil in order to prevent the US-Saudi aggression and its mercenaries from stealing revenues.

Sana'a demanded allocating oil and gas revenues to disburse the salaries of state employees and improve the living conditions of citizens, but the US-Saudi aggression and its mercenaries refused.

Recently, A source in the Supreme Economic Committee denied the correctness of the information reported by "Reuters" about the Bank of Aden's report on oil and gas revenues during the first half, stressing that the numbers are misleading and that oil revenues exceeded $2 billion.

The source emphasized that the report issued by the Bank of Aden, which showed that the revenues of oil and gas exports amounted to $739.3 million from January to June is misleading and did not reveal the truth.

"The revenue sector in the Ministry of Finance of the mercenaries in the city of Aden does not receive any data on the volume of actual exports of crude oil, nor the amount of its revenues," the source said.

He pointed out that the proceeds are submitted to the National Bank of Saudi Arabia, and the US-Saudi aggression do not show any data about the export, which is controlled by a mini-committee headed by Saudi Ambassador Al Jaber and Maeen Abdulmalik.

He explained that the revenues from crude oil production and domestic gas sales that have been looted by the US-Saudi aggression since the beginning of this year cover the employee's salary bill for a year and half.

At a high rate, the forces of aggression continue the series of organized looting of the country's sovereign wealth of oil and gas.

At the beginning of this month, the Yemeni news agency, Saba, reported that the Saudi-led aggression looted crude oil and gas revenues in Yemen, "equivalent to the salaries of all state employees for a period of seven months."

Minister of Oil and Minerals Ahmed Daris has revealed in a statement to Al-Masirah that the quantities of oil looted by the forces of aggression, mercenaries and some complicit oil companies from 2018 until July 2022 amounted to 130 million and 41 thousand and 500 barrels of oil.

Daris indicated that the quantities are smuggled through Al-Nashima and Al-Daba and carried on old ships, and there are millions of barrels looted without being registered.

He stressed that what is being looted is huge amounts that are completely sufficient for the Yemeni people, and the people should know that their wealth is being looted while they are struggling to find a salary.

He stated that there are other staggering revenues other than these sales figures, and they are collected from gas sales and the Marib and Aden refineries.

The head of the National Delegation Mohammad Abdulsalam has warned foreign companies that contribute to the looting of Yemen's wealth that they will not be safe from the targeting cycle after the end of the UN-brokered truce.