Saudi Dissidents Targeted in US, Other Western Countries Amid Crackdown 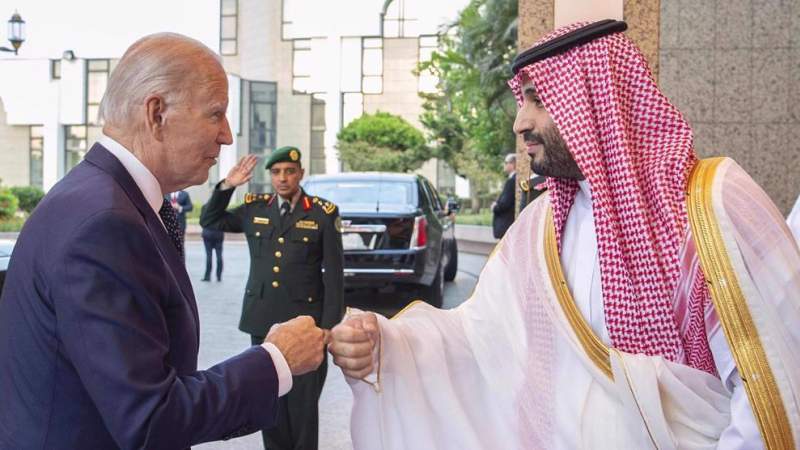 News - Middle East: Saudi Arabia's crown prince Mohammed bin Salman is scaling up his vicious crackdown against dissidents, exiles, and members of the extended royal family in the United States and other Western countries, according to rights groups.

The Associated Press, citing global human rights groups and interviews with the Saudi diaspora, reported that surveillance, intimidation and pursuit of Saudi nationals on American soil have intensified under bin Salman over the past five years.

Prince Abdullah bin Faisal Al Saud, who was attending graduate school in Boston, is the latest person targeted as part of the overseas crackdown.

Prince Abdullah seldom mentioned he was a member of the royal family and avoided talking about Saudi politics. But after a fellow prince was imprisoned back home, he discussed it with relatives in calls made from the United States.

On a trip back to Saudi Arabia, the prince was imprisoned for those calls. An initial 20-year sentence was hiked to 30 years in August.

Prince Abdullah’s case, detailed in Saudi court documents obtained by AP, has not been previously reported. But it is not an isolated case.

In August, Saudi Arabia gave a 72-year-old Saudi American, Saad al- Madi, a virtual life sentence for tweets he had posted from his home in Florida.

Madi was unexpectedly accused and imprisoned on a visit home to the kingdom. In sentencing Madi, the kingdom split from a longstanding practice of sparing US citizens, its longtime military protector, from the worst of punishments.

In the same month, Riyadh announced a 34-year prison sentence – over tweets – to a 34-year-old Saudi student in Britain, Salma al-Shehab, when she, too, visited the kingdom.

All three sentences were handed down weeks after President Joe Biden of the United States set aside his past condemnation of Saudi Arabia’s human rights record to travel to the kingdom, despite criticism from rights groups and Saudi exiles.

It was a moment when the US urgently needed the kingdom to keep up oil production. But the Biden administration has ended up with no more oil or any improvement in human rights.

Saudi rights advocates say Biden’s attempts to soothe the crown prince have only emboldened him.

Saudi authoritarian authorities illicitly monitor and strike out against their citizens in the US and other Western countries.

Freedom House, a research and advocacy group, says Saudi Arabia has targeted critics in more than a dozen countries. The group says the aim is to spy on Saudis and intimidate them or compel them to return to the kingdom.

Since the gruesome murder of dissident journalist Jamal Khashoggi at the Saudi consulate in Istanbul, the Saudi crown prince has been emboldened to commit more crimes against dissidents. Khashoggi was killed and dismembered at the mission in October 2018.

A report back then in the Washington Post said the Israeli regime had been directly involved in the sale of sophisticated spyware to Saudi Arabia to help the kingdom purge and assassinate dissidents.

Since bin Salman became Saudi Arabia’s de facto leader in 2017, the kingdom has arrested hundreds of activists, bloggers, intellectuals and others for their political activism, showing almost zero tolerance for dissent even in the face of international condemnation of the crackdown.

Muslim scholars have been executed and women’s rights campaigners have been put behind bars and tortured as freedom of expression, association, and belief continue to be denied by the kingdom's authorities.

Over the past years, Riyadh has also redefined its anti-terrorism laws to target activism.

Saudi courts recently convicted and sentenced more than a dozen anti-regime activists to death following unfair trials and based on confessions coerced through torture and ill-treatment.

Saudi Arabia, a key ally of the US and the Israeli regime, has had one of the poorest human rights records in the world for decades.