Despite Saudi Disagreement with US, Interest Redline not Crossed 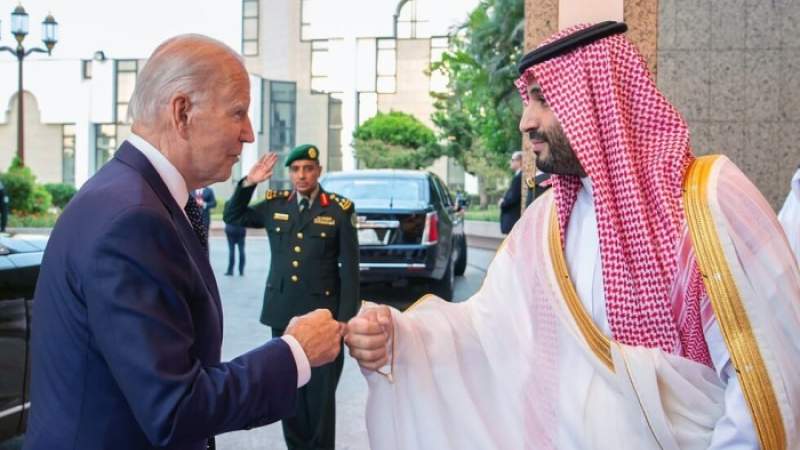 Middle East: Since Saudi Arabia decided, in agreement with “OPEC” to reduce oil production, on the 5th of last October, the US administration and Congress have shown a tenseness in their attitudes towards the Kingdom, as this decision angered US President Biden, who visited Saudi Arabia on the 15th of last July, and met the Crown Prince. Mohammed bin Salman, and “oil” was among the issues that were put on the table.

The American anger was mainly caused by the decision to reduce oil production in the interest of Russia, on which the West imposed heavy economic sanctions, the most important of which was giving up its oil and relying on the Middle East, including the American ally, “Riyadh,” and countries such as Venezuela.

National Security spokesman John Kirby confirmed in a press statement that Saudi Arabia was the one who pushed the OPEC countries to take the decision, adding that the production cut would "increase Russia's revenues and reduce the effectiveness of sanctions" imposed on Moscow after the special operation in Ukraine that began last February.

The intensity of the statements between Washington and Riyadh escalated, and a number of members of Congress began drafting anti-Saudi resolutions, and some of them even went to demand the withdrawal of American weapons from the Saudis, and the halting of their sales in response to the Saudi decision, in addition to demanding the resumption of opening the file of journalist Jamal Khashoggi, who was murdered and dismembered on orders by Mohammed bin Salman.
Amid the Saudi maneuvers and the attempt to appease the US, the question that arises is whether it is possible for Washington to abandon its interests with Saudi Arabia, especially since Saudi Arabia is the first and largest importer of American arms deals. Another question that imposes itself strongly is how can Saudi Crown Prince Mohammed bin Salman dissent against Washington, who only moves through high-level American advisors and experts who pay them millions?

On October 20, American documents revealed that 15 American generals worked directly with the Saudi Ministry of Defense and received large salaries ranging between 200-300 thousand dollars for the purpose of providing advice only, according to the “Washington Post” newspaper. The newspaper indicated that more than 500 American military personnel, including dozens of generals and admirals, have had lucrative jobs since 2015 in Saudi Arabia and the United Arab Emirates.

According to observers of the developments in US-Saudi relations, military experts believe that Saudi Arabia cannot dispense with America. Its approach to China and Russia takes decades to adapt to new weapons, including warplanes, which will greatly harm the Kingdom; As it is still launching war in Yemen, and without the strategic and logistical support that Washington is providing to Riyadh, the historical collapse and absolute loss are the most prominent consequences of the Saudi rebellion.

Since Riyadh cannot abandon the first ally, “America,” the recent events following what was circulated as a major dispute may lead to the severing of relations and the punishment of Saudi Arabia through Biden’s options. We find that the two parties actually hold relations, and that military and commercial cooperation continues. For nearly a month, we have not seen any shift in the American position towards bin Salman and the Kingdom.

On Wednesday, US State Department spokesman Ned Price confirmed that his country "will not hesitate to defend its interests and partners in the Middle East," referring specifically to Saudi Arabia.

Price said, in a press conference, that his country "is in constant contact through military, diplomatic and intelligence channels with the Saudis."

For his part, in an interview with Al Arabiya TV, Saudi Foreign Minister Prince Faisal bin Farhan confirmed that the United States is still the kingdom's largest security and strategic partner. He added that the Saudis are keen on the continuation of this relationship, explaining that when American politicians evaluate the relationship in general, they will realize its importance and the benefits it achieves, and they will continue to cooperate with Saudi Arabia, which is "keen on this cooperation."

Emphasizing the strong relations, Saudi Arabia announced, Tuesday, the launch of an air exercise hosted by the UAE at the “Al Dhafra Base” with the participation of 10 countries, including the United States. Last Monday witnessed the inauguration of the maneuvers with the “Air War and Missile Defense Center” exercise.