UK PM Says China ‘Poses Threat’, but Must also Engage with Them 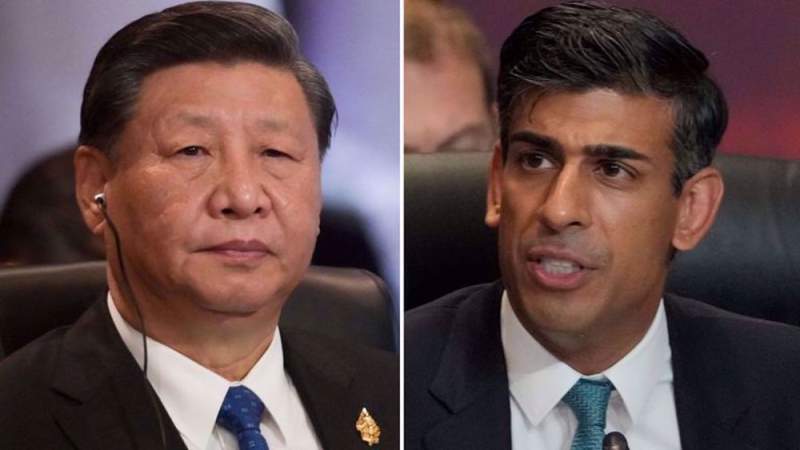 "I'm very clear that China poses a systemic challenge to both our values and our interests and it represents the single biggest state threat to our economic security and that's why it's right that we take the steps that are necessary to protect ourselves," Sunak claimed on Tuesday during an interview with Sky News on the sidelines of the G20 summit underway in Indonesia without elaborating on details.

The British premier, however, added that he was still hopeful that he could meet with Chinese President Xi Jinping while at the summit’s venue in Bali.

"If we want to solve big global challenges like public health, Russia and Ukraine, fixing the global economy, or indeed climate change, it's important to have a dialogue and to engage with China as part of solving those challenges," Sunak then asserted.

This is while a bilateral meeting between the conservative British prime minister and Chinese President Xi Jingping – the first such talks between the countries in five years – was cancelled reportedly due to emergency meetings held in the aftermath of a missile strike in Poland that was initially blamed on Russia. It was later reported that the missile that killed two people was fired by Ukrainian forces.

Downing Street stated that there were “movements with timings on both sides” that led to the cancellation of the meeting, but added that Sunak had wanted it to go ahead.

“The prime minister obviously thinks it is still important to have that conversation with President Xi,” his spokesperson said.

According to UK-based media reports, a British prime minister has not spoken to the Chinese president by phone for more than 18 months and has not had a face to face meeting since early 2018. Theresa May visited China for a three-day trade visit in January 2018 and Boris Johnson spoke to Xi during the COVID pandemic in March 2021.

The reports cited unnamed British officials as saying that the talks would have had broad aims to find areas where the London and Beijing could start to make progress, including on energy security and the climate crisis, as well as encouraging China to play a more active role on Russia and Ukraine.

Sunak’s proposed meeting with Xi, meanwhile, had raised the hackles of a vocal group of Conservative MPs sounding alarm bells about China’s actions – many of them under Chinese sanctions – who have been pushing for the formal “threat” designation.

Among those to have had Chinese sanctions imposed upon them are Sunak’s security minister, Tom Tugendhat, science minister Nus Ghani, former Conservative leader Iain Duncan Smith and chair of the foreign affairs select committee, Alicia Kearns.

Smith said the change of approach was “drifting into appeasement” and Xi would take the rapprochement as a sign of weakness.

“I am worried that the present prime minister, when he meets Xi Jinping, will be perceived as weak because it now looks like we’re drifting into appeasement with China, which is a disaster as it was in the 1930s and so it will be now,” he claimed.

The former minister Tim Loughton, who is also under sanctions imposed by China, said Sunak must put the treatment of the seven MPs “at the top of his agenda” and added that “China may be a long way off being our ally but it helps no one if they carry on acting as an enemy of the west.”

Sunak also held a bilateral meeting with Biden for the first time. The prime minister’s office was cited in local press reports as saying that, unusually, the pair did not discuss a US-UK trade deal, a further hint that Sunak is taking a slower approach to trade having already hinted he wants to thoroughly review work on the trade deal with India.

Both Biden and Sunak spoke about the global economic challenges, with the US president saying he was keen to see progress on the Northern Ireland protocol.