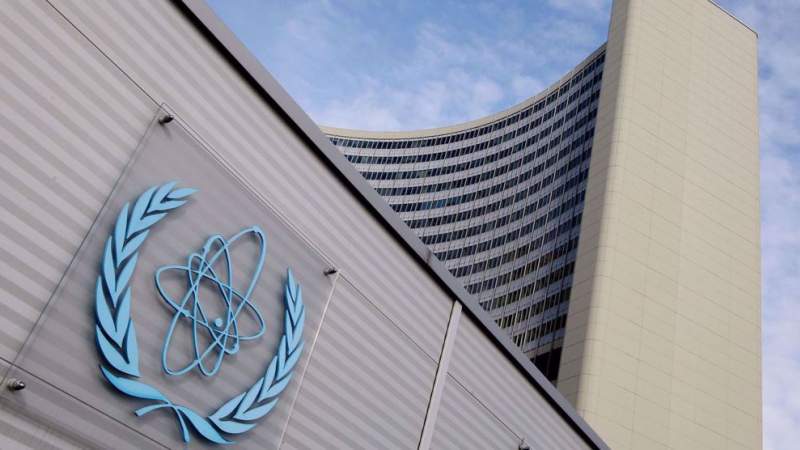 News - Middle East: Iran’s ambassador to the international organizations in Vienna has condemned as “unconstructive and political” a recent anti-Iran resolution passed by the International Atomic Energy Agency (IAEA) Board of Governors.

The draft resolution, ratified on Thursday, has criticized Iran for what it called a lack of cooperation with the agency. It was put forward by the United States, Britain, France and Germany, in continuation of their political pressures on Iran. Russia and China voted against the motion.

“The Islamic Republic of Iran strongly condemns the approval of this nonconsensual resolution presented by three European countries and the United States in today’s meeting of the Board of Governors as a political, unconstructive and incorrect action and considers it unacceptable and rejected,” Mohsen Naziri-Asl said after the resolution was passed.

He said that in the course of discussing the issue, “the supporters of the draft resolution presented fake information and baseless claims to justify their unconstructive approach to the Board of Governors and tried to turn the meeting into a tool to pursue their short-sighted political goals while going beyond the framework of the agency’s duties and powers.”

He added that the US and E3 have “spared no effort in the past weeks to call into question Iran’s continuous interaction with the IAEA and to cast doubt on the prospect of reaching an agreement regarding the lifting of the oppressive sanctions against our country and the revival of the JCPOA.”

“We strongly believe that this resolution will not have any results for its founders, especially in terms of restoring their tarnished image as the main violators of the JCPOA and laying the groundwork for justifying more unilateral sanctions against the Iranian nation,” he said, referring to the fact that it was the US which violated the nuclear deal back in May 2018 and triggered the current crisis surrounding Iran’s peaceful nuclear program.

Given the ongoing “extensive” cooperation between Iran and the IAEA, using the Board of Governors as a tool is “unjustified and meaningless,” he added.

He also hailed the “constructive” interaction and cooperation between Iran and the IAEA to resolve the outstanding safeguards issues.

Iran, he went on, expects the IAEA to pursue an “independent, impartial and professional approach without being influenced by the political goals of some countries” on the path to resolve the remaining safeguards ambiguities, which, according to the IAEA, “do not have any non-proliferation concerns.”

Naziri-Asl further said that some of the mentioned ambiguities are related to old issues that had been closed by the agency’s board back in 2015.

“The political goals of the founders of this anti-Iranian resolution will not be realized, but its approval can affect the process of cooperation and constructive interactions between the Islamic Republic of Iran and the IAEA,” the Iranian diplomat said.

While adhering to its international commitments, the Islamic Republic of Iran is determined to defend its interests and rights and “confront the pressures and excessive demands” of the United States and Western countries, he added.

Iran has already voiced readiness to hold technical talks with IAEA experts to discuss the accusations related to so-called “undeclared” nuclear sites, which were made based on false reports provided by the Israeli regime.

Tehran has asked the IAEA to avoid politicizing the issue and focus on technical aspects in line with the organization’s mandate.

Iran has turned off a number of IAEA’s cameras which were functioning outside the Safeguards Agreement since early June after the IAEA Board of Governors passed a resolution that accused the country of not cooperating with the UN body.