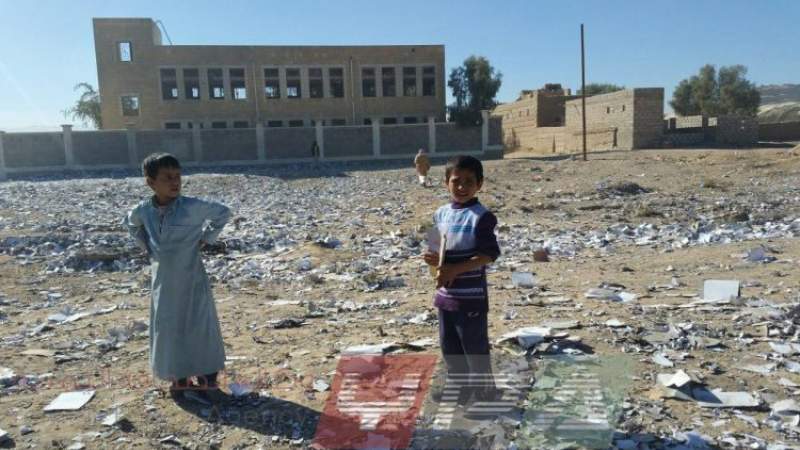 World: The French court's decision to overlook Mohammed bin Zayed's crimes in Yemen created a number of questions about the claims of moral superiority that Western countries boast about the rest of the world.

As soon as the Western countries were put to a test in the field of human rights, regarding the grave violations that are taking place in Yemen, it became clear that the “Western constants in preserving human rights” were nothing more than a tool for flogging others, while all the principles that Europe had claimed over many decades , turned into a tool to serve tyrannical oil states such as Saudi Arabia and the UAE.
The French “Economic War College” website said that on June 2, 2022, three non-governmental organizations filed a complaint with the Court of Justice in Paris against French arms manufacturers, including Thales, MBDA and Dassault Aviation, on charges of possible complicity in the war crimes against humanity in Yemen.

The site confirmed that Saudi Arabia and the UAE used these weapons in Yemen, however, two non-governmental organizations were among the plaintiffs: the Berlin-based European Center for Constitutional and Human Rights and the Mwatana Organization for Human Rights, in addition to the French Sherpa Association.

French weapons for Saudi Arabia used in its war on Yemen since 2015
The website stated that since 2017, these organizations, in cooperation with the non-governmental Mwatana Organization for Human Rights, have developed strategies on various legal methods and means to deal with crimes in Yemen and hold those who fuel the armed conflict accountable.

It added that in April 2018, an impact report on German arms transfers was submitted to the UN Committee on Economic, Social and Cultural Rights.

In March 2019, the ruling of the Administrative Court of Appeal in Münster was issued regarding the so-called US drone strikes in Yemen from the Remstein base in Germany.

The website stated that in December 2019, Mwatana Organization and the European Center for Constitutional Rights, in cooperation with four non-governmental organizations, submitted a 350-page report to the Office of the Prosecutor of the International Criminal Court regarding the situation in Yemen and the role of European companies, such as Spanish, German, Italian, French and British companies.

In the same regard, the report of the United Nations General Assembly issued in September 2019 on the situation of human rights in Yemen directly refers to France, among other countries, as having a special influence on the parties to the war in Yemen.

According to the Stockholm International Peace Research Institute, the United States accounts for 39% of global arms exports during the period from 2017 to 2021. Their first customer, who obtained 23.5% of their exported weapons, was Saudi Arabia.

Thus, 82% of the weapons imported by Saudi Arabia come from the United States, 5% from France and 5% from the United Kingdom, and France is the third arms exporter in the world during this period after Russia.

The site saw that the United States had been identified, by NGOs such as Human Rights Watch, as the main source of weapons.

It continued that if we refer to what is related to the French defense industry, we note that in September 2022, two American non-governmental organizations filed a complaint against Egypt and France, accusing them of “crimes against humanity and torture committed by Egyptian officials and the complicity of French officials in crimes against humanity in Yemen.”

It explained that in July 2019, the Italian parliament voted to suspend permits for arms deliveries to Saudi Arabia and the UAE, thus canceling the sales of the Italian company “RWM” of the German company “Rheinmetall”. Therefore, exporting weapons to countries mired in wars constitutes a violation of Law No. 185 of 1990 which bans exports, with states being held responsible for gross violations of international human rights conventions.

It said that after leaking documents from American intelligence, which revealed the command of American drones from the Ramstein base, which has since become “the center of the American drone war,” Germany officially decided, in response to the assassination of Saudi journalist Jamal Khashoggi in November 2018, to freeze its arms exports to Saudi Arabia.

Last Thursday, the French judiciary issued a decision not to accept the lawsuit filed against UAE President Mohammed bin Zayed, on charges of committing crimes against humanity in Yemen.

While the US administration submitted a request to Congress last Friday, calling for granting immunity to Saudi Crown Prince Mohammed bin Salman, in connection with the murder of journalist Jamal Khashoggi, although the US intelligence report had said that Mohammed bin Salman bore the main responsibility for Khashoggi's killing.

It seems that there are Western tendencies to support Riyadh and Abu Dhabi to commit more crimes in Yemen, in a way that serves the American-Western policies towards plundering Yemen's wealth and establishing the presence of the occupation forces in Yemen.