Political Council: Yemen Will Do Whatever it Takes to Stop Looting its Wealth 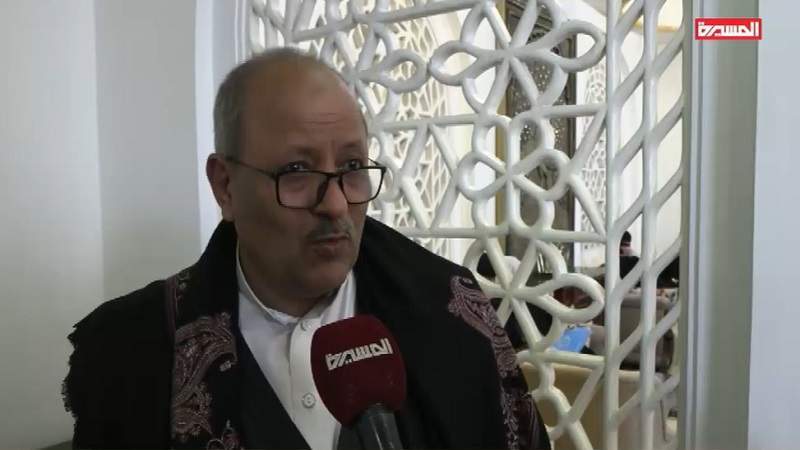 News - Yemen: Member of the Supreme Political Council, Mohammad al-Nuaimi, said today that "Sana'a will not allow the looting of Oil and Gas. We will not accept the starvation of the Yemeni people."

Al-Nuaimi said, "We will go to great lengths to deter and protect sovereign wealth."

He held the foreign companies involved in the stealing of Oil responsible for any tampering with Yemen's wealth, stressing that all those behind the ships will be held accountable.

Yesterday, Yemen's Armed Forces thwarted an attempt to loot crude oil from the port of Al-Dhabbah in Hadhramaut Governorate, used for smuggling by the US-Saudi aggression.

“The Armed Forces operation forced an Oil ship that was in the port to leave after reaching near the port. Several warning messages were sent but the ship didn't respond,” the Armed Forces spokesman Brigadier General Yahya Sare’e said in  tweet early Thursday. He stressed that the enemy tried to take measures to avoid direction but the Armed Forces were able to monitor and deal with the situation.

The Armed Forces reiterated their commitment to protecting the sovereign national wealth as one of the rights of the Yemeni people.

On November 10th, Yemeni Armed Forces thwarted an attempt to loot crude oil from the port of Qena in Shabwa Governorate, used by the US-Saudi aggression for smuggling.

In late October, Yemen's Armed Forces announced in a military statement the implementation of a warning drone strike to prevent an oil ship that was trying to loot crude oil through the port of Dabba in Hadramout Governorate.