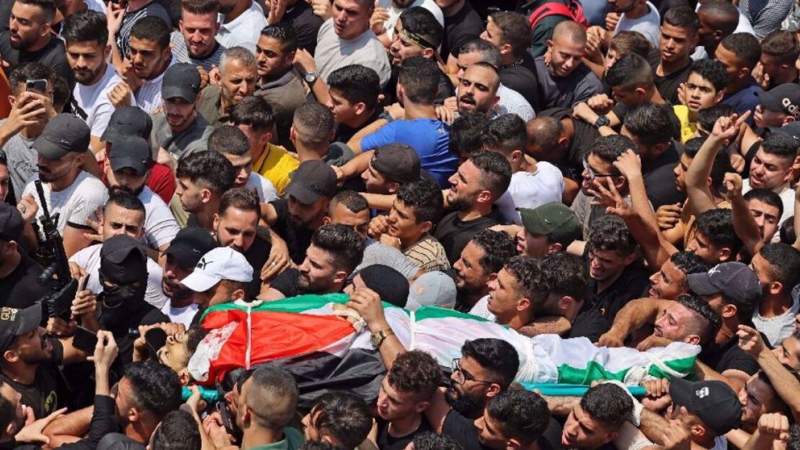 News - Middle East: Israeli forces raid the city of Nablus in the northern part of the Tel Aviv-occupied West Bank, killing a Palestinian teenager and wounding six others.

Shehadah died after being shot in the heart, the ministry said, adding that one of those injured was in a critical condition.

The casualties were caused during confrontation between Palestinians and Israeli forces, who had raided the town while escorting illegal Israeli settlers during a visit to the Joseph's Tomb on Nablus' outskirts, the agency noted.

Including Shehadah, at least 200 Palestinians have been killed as a result of the Israeli regime's deadly aggression throughout the West Bank since the beginning of the year. The number includes 57 teenagers.

Earlier in the month, the United Nations said 2022 had been the deadliest year for the Palestinians in the West Bank, based on a fatality count that the UN started keeping record of, in 2005.

Shehadah's murder came nearly two days after another young Palestinian died from the wounds he had sustained when Israeli military forces raided the northern West Bank city of Jenin.

The official Palestinian news agency WAFA named the victim as 18-year-old Mahmoud Saadi, noting that he had been shot early on Monday during clashes between local residents and Israeli military forces as the latter was storming the city.