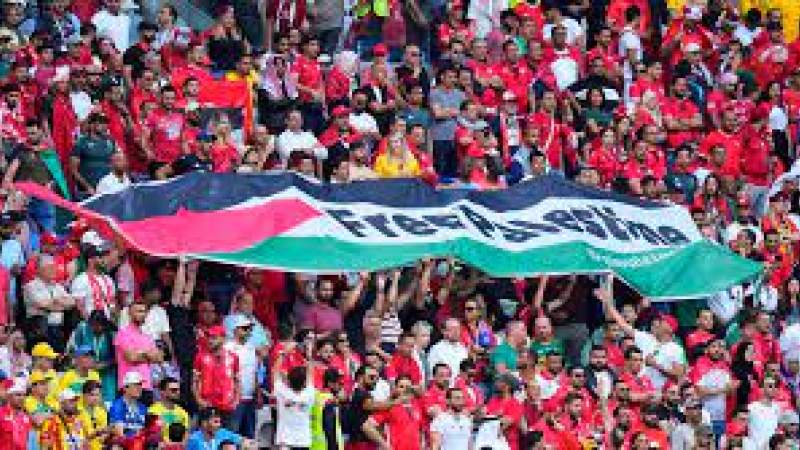 News - Middle East: Anti-Israel sentiments are running high at the FIFA World Cup Qatar 2022, with the occupying regime’s reporters saying an atmosphere of hatred and hostility is encouraging soccer fans to wave Palestinian flags in the Qatari stadiums amid refusal to speak to Israeli media.

Since the beginning of the international sports extravaganza, Israeli media reporters and journalists have confessed to being boycotted and yelled at by fans, locals, and officials at the World Cup in Qatar.

Raz Shechnick, Yedioth Ahronoth's reporter for the World Cup, wrote on his Twitter account about his experiences in Qatar regarding the anti-Israel atmosphere for the regime’s media.

Describing the atmosphere in a string of tweets, Shechnick said, "We didn't want to write these words, we are not the story here. but after ten days in Doha, we cannot hide what we are going through. We are feeling hated, surrounded by hostility, not welcomed."

The Israeli reporter also recounted an incident in which he and his colleague had lied about their origin, saying they were Equadorian in order to prevent them from being harassed by fans.

Dor Hoffman, an Israeli journalist, reported that a Qatari taxi driver kicked him out of his cab after he discovered he was from Israel, refusing to take his money.

Moav Vardy, a foreign affairs reporter for the Israeli Kan 11 television channel, said he was yelled at by a Saudi fan, who told him that "You are not welcome here, this is Qatar, this is our country, there is only Palestine, no Israel."

In various videos and media clips, local and non-locals are seen standing behind Israeli reporters and raising Palestinian flags to protest against the occupying regime.

Apart from the boycott on Israeli media, large pro-Palestinian banners are also displayed by soccer fans in almost entire stadiums in Qatar.

At the Al-Janoub Stadium in Al-Wakrah on Saturday, Tunisian fans waved a banner bearing the Palestinian flag, including a caption that read, “Free Palestine.”

The anti-Israel moves came despite Qatar and FIFA's policy of not allowing political protests in matches, with FIFA president Gianni Infantino urging the 32 participating countries ahead of the tournament to “let football take center stage” over politics.

Neither the Israeli nor the Palestinian teams are competing in the international sports event.