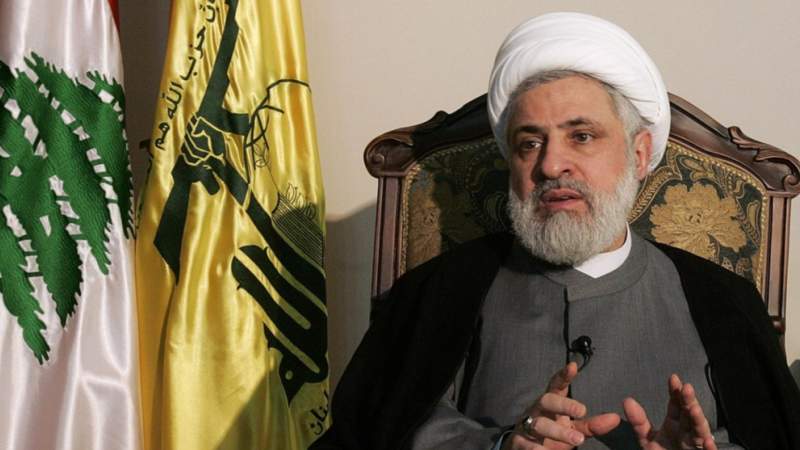 Hezbollah Deputy Secretary General Sheikh Naim Qassem made the remarks in a string of Arabic-language tweets on Monday as anti-Israel sentiments are running high at the international sports tournament, with the occupying regime’s reporters saying an atmosphere of hatred and hostility is encouraging soccer fans to wave Palestinian flags in the Qatari stadiums amid refusal to speak to Israeli media.

“The scene of Arab citizens refusing interviews with Israeli correspondents in the World Cup in Qatar is an indication of the people’s refusal to normalize [ties] with the enemy,” Qassem wrote in the tweet.

“The youths’ resistance to normalization is an expression of the outright rejection of the existence of the Israeli entity in our region. The concerted efforts of the military, cultural, media and youth resistance will achieve victory and liberation for beloved Palestine,” he added.

Israeli media reporters and journalists have on multiple occasions confessed to being boycotted and yelled at by fans, locals, and officials at the World Cup in Qatar since the beginning of the international sports extravaganza.

In various videos and media clips, local and non-locals are seen standing behind Israeli reporters and raising Palestinian flags to protest against the occupying regime.

Apart from the boycott on Israeli media, large pro-Palestinian banners are displayed by soccer fans in almost entire stadiums in Qatar. Qatari fans and players have also been seen to wear armbands and ribbons featuring the Palestinian flag in rejection of normalization deals with the illegal entity.

Back in 2020, the United Arab Emirates and Bahrain signed United States-brokered agreements with Israel to normalize their ties with the regime. Some other regional states, namely Sudan and Morocco, followed suit soon afterward.

Spearheaded by the UAE, the move has sparked widespread condemnations from the Palestinians as well as nations and human rights advocates across the globe, especially within the Muslim world.

Other regional countries have also been fraternizing with Israel, including Saudi Arabia, which received a visit by the regime’s former prime minister Benjamin Netanyahu in November 2020.