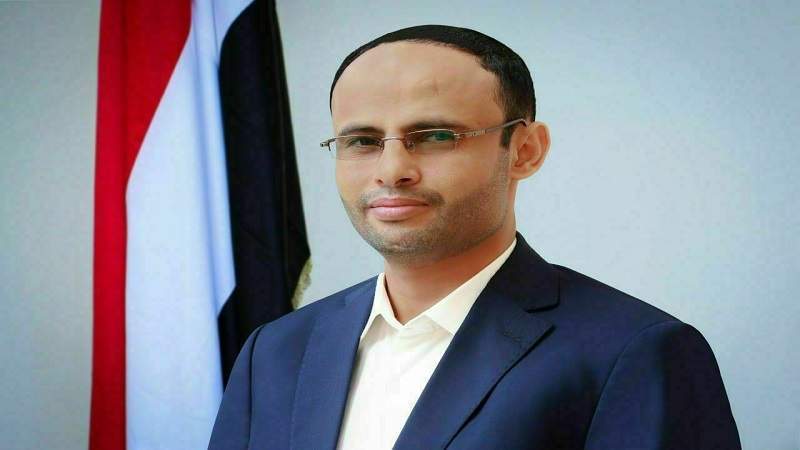 News - Yemen: President Mahdi Al-Mashat, head of Supreme Political Council pointed out that the US-Saudi occupiers believe that defending the Yemeni People's wealth against looting is wrong because it goes against its interests. He stressed that American insolence increases the Yemeni people insistence on continuing the path of liberation and independence.

"We reaffirm our firm position to protect the people's capabilities and prevent plundering of their Oil and Gas. The decision to protect wealth does not mean any threat to international navigation, as US-Saudi aggression claims," he said.

He renewed the Yemeni people condemnation of the aggressive efforts to plunder Yemen's wealth and deprive its people of their natural entitlements, condemning efforts of US-Saudi aggression to obstruct payment of salaries, disrupt peace efforts.

"Yemeni people will not stand idly While their wealth plundered and they are suffering the most severe siege, so we advise US-Saudi aggression to resort to peace," stressing "the need to expedite payment of salaries of Yemeni people."

For its part, General Al-Atifi pointed out that the Armed Forces demonstrated, through military parades, their high readiness, and the advanced level they reached in military industrialization.