Three Civilians injured in Mine Explosion of US-Saudi Remnants, Hajjah 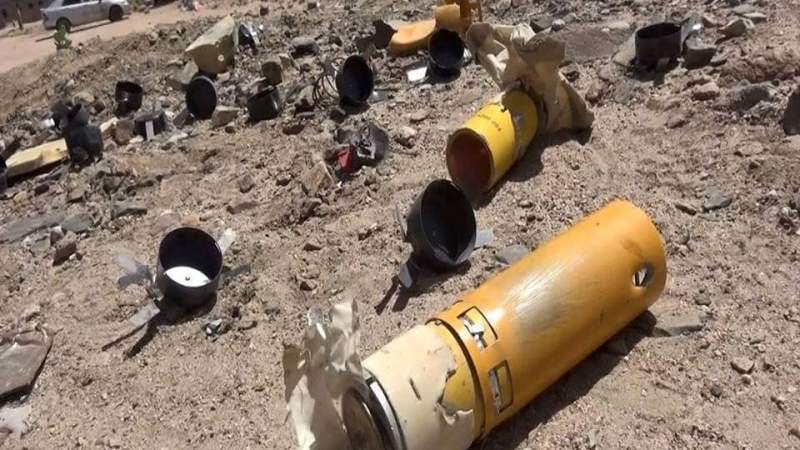 News - Yemen: Three civilians were injured, Tuesday, as a result of a cluster bomb explosion of the remnants of the US-Saudi aggression.

"The number of victims during 2022 was 244 killed and 490 injured, including children and women, in several governorates, mostly in Hodeidah."

It is noteworthy that the death toll from the remnants of US-Saudi aggression during the month of October reached 18 killed and 28 injured as a result of mines and cluster bombs, while it reached 219 killed and 424 injured since the beginning of this year.

The report revealed that 64 women were killed and injured, also 54 children were killed, and 177 others were injured as a result of the remnants of the aggression in the governorates, indicating that the Hodeidah governorate recorded the largest number of victims of the remnants of the aggression, with 137 martyrs, most of them children, and 218 injured.

It stated that 20,252 pieces of mines, cluster bombs and remnants of war were discovered and collected in several governorates, and 500 war bodies were destroyed at once, as well as the implementation of two operations to destroy remnants of aggression in Hodeidah Governorate.

The report, which was reviewed by the Director of the Executive Center for Mine Action, Brigadier General Ali Safra, showed the achievements made in Hodeidah Governorate during the past period, represented in surveying and clearing more than three million square meters of mines and cluster bombs.

Brigadier General Safra indicated that the center's field teams carried out the largest destruction operation of more than 9,700 pieces, which included mines, cluster bombs and other remnants that were collected and removed from Al-Hali and Al-Hawk districts in Hodeidah Governorate.

Brigadier General Safra discussed the challenges and difficulties facing the Executive Center in Hodeidah Governorate, represented by the lack of modern capabilities, devices and equipment to detect mines and cluster bombs.

The Director of the Executive Center called on the United Nations and international organizations to quickly fulfill their obligations to provide the capabilities, devices and equipment that detect mines and cluster bombs, which are at the core of their humanitarian duties.