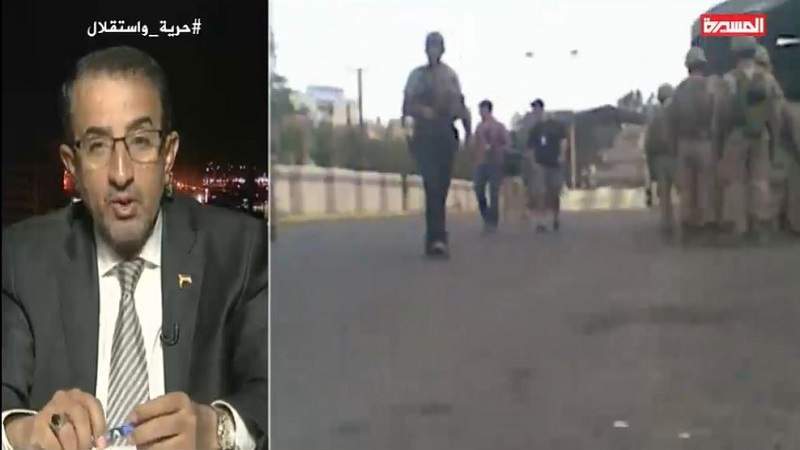 News - Yemen: Deputy Prime Minister for Defense and Security Affairs Lieutenant-General Jalal Al-Ruwaishan stressed that the September 21 revolution was characterized by its wise leadership that strengthened steadfastness to this day.

Lieutenant-General Al-Ruwaishan explained to Almasirah TV, Wednesday, that the September 21 revolution was a popular revolution, and therefore it is not possible to stand in front of the wave of peoples.

He pointed out that there is no revolution in human history that has been subjected to aggression by 17 countries and has remained steadfast for 7 years, indicating that one of the factors for the success of the September 21 revolution is that it is not a revolution of revenge.

He noted that the security successes that were achieved in difficult circumstances under the arrogance of the US-Saudi aggression, were supported by the Leader of the Revolution and the Supreme Political Council.

He stressed that the strong security construction of the past seven years guarantees us that what is to happen in the future will not be worse than what has been experienced.

He pointed out that the US controls the political and sovereign decision on any country by claiming of fighting terrorism.

Lieutenant-General Al-Ruwaishan revealed that this was done under the direct supervision and management of the West and the US, mainly, with the aim of getting rid of the Yemeni army’s capabilities.

He said that during the restructuring of the Yemeni army by the US, it destroyed weapons and military equipment, to completely destroy the Yemeni army, adding that it also affected army cadres through the assassinations before the September 21 revolution.

He continued, "Yemen used to be described internationally as a failed state militarily, and now, after the September 21 revolution, we have achieved a qualitative military development on more than 50 fronts." He noted that the steadfastness demonstrated by the army, popular committees and the people is the best proof that the will and strength have been restored after the revolution.

Al-Ruwaishan said that in the first half of this year, the rate of arresting criminal offenses reached 88%. The arrests of suspects in criminal crimes reached 91%.

He pointed out that this percentage is not achieved by “stable” countries.

He added that the rate of arresting accidents and violations in the first half of this year was 98%.