Aden Has Become A Battlefield between Riyadh and Abu Dhabi 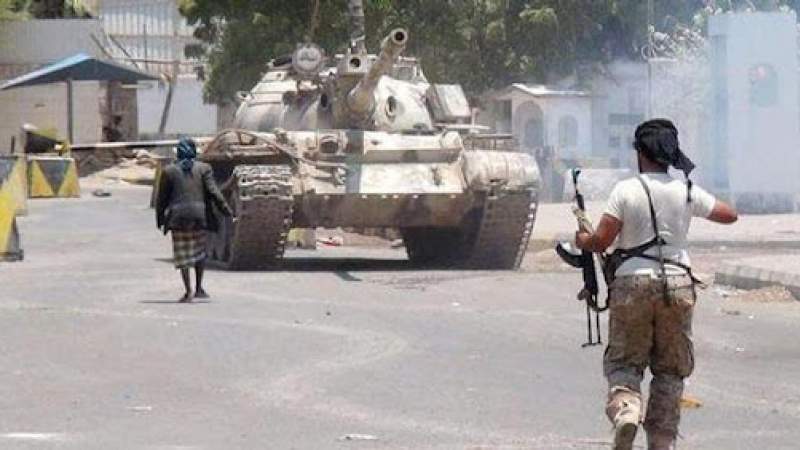 News – Yemen:  Earlier this week, the streets of the cities of Crater and Khor Maksar, the largest of the ten districts of Aden Governorate, turned into an open battlefield between two components of the pro-Emirati Southern Transitional Council. Although the clashes that extended from Crater neighborhoods to Khor Maksar, 71 people were killed and injured, including civilians.

Over the past few months, the southern city has witnessed armed confrontations between rival factions affiliated with the UAE-backed Transitional Council militia in Bir Ahmed, Dar Sa’ad, and Al-Haswa area. Similar confrontations were observed between armed factions loyal to the UAE in Sheikh Othman, Al Buriqa, Al Mualla, Crater, and Khor Maksar.

Inter-conflicts among the militias loyal to the UAE, which were established on a regional basis, have escalated since Abu Dhabi announced the withdrawal from Yemen and Riyadh handed over the leadership of the “coalition” in Aden in October 2019.

Despite Saudi Arabia’s attempt to subjugate the militias of the STC to its leadership by virtue of being the military commander of the joint forces in Yemen, it was surprised by the fact that these militias still owe allegiance to the UAE and are subordinate to it, so it decided to strike them from within and gradually dismantle them.

As of the beginning of 2020, Riyadh has dismantled the Salafi "Giant Brigades" loyal to Abu Dhabi, which consists of 13 military brigades, and its affiliates exceed 26,000 fighters, most of whom are from the southern governorates, while most of their leaders hail from Yafa' districts. During the past two years, Saudi Arabia was able to dismantle a number of "giants brigades" and weaken them from within, to split from the UAE, the Second Brigade, and the Third Brigade after the resignation of its former commander.

The militias of Tariq Saleh, the "Tahami Resistance Brigades" and the "Giant Brigades" are also in conflict on the West Coast.

In the same context, the racist tension prevailed in the transitional militias in Al-Dhalea and Radfan, where, on the fifth of last month, violent confrontations erupted between the "security belt" forces led by "Abu Ali" and the security forces in Al-Dhalea of the "Southern Resistance" faction, and expanded into neighborhoods City.

Observers in Aden say that Saudi Arabia was behind the recent fighting in the city after it demanded the STC to implement the Riyadh Agreement, which obligates the council to expel all armed militias from Aden outside it, and hand them over to security authorities loyal to Saudi Arabia.