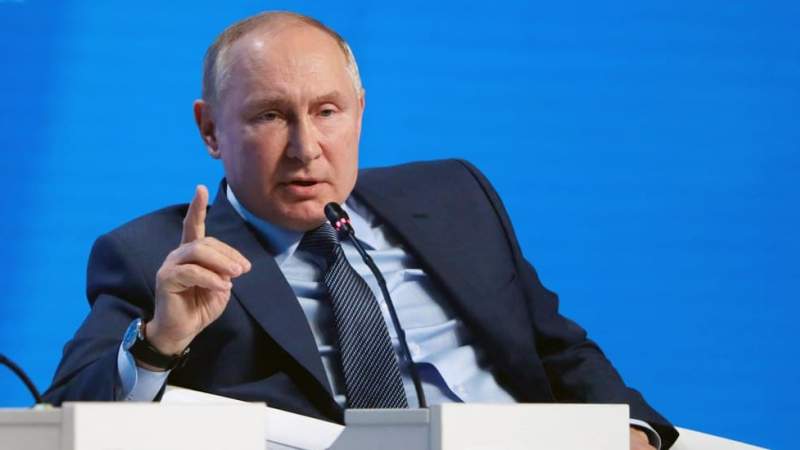 Speaking at a forum in the Russian capital, Moscow, the president blamed the “flaws” in the European energy market, and said “some try to pass their errors onto others.”

Europe is facing a gas crisis as prices have spiraled to multi-year highs in recent weeks.

Some in the continent accuse Russia of deliberately restricting gas flows to Europe.
Putin, however, said on Wednesday that Russia was “ready” to increase gas exports, adding that supplies were going up by “as much as our partners are asking us.”

He said it was “very important” to “suggest a long-term mechanism to stabilize the energy market” in what he called a “difficult situation.”
Russia supplies more than a third of Europe’s gas.

Later in the day, Putin told CNBC that accusations made against his country are “politically-motivated blather” and there was “nothing to support it that we use energy as a kind of weapon.”

“We are not using any weapons,” Putin said. “Even during the hardest parts of the Cold War Russia regularly has fulfilled its contractual obligations and supplies gas to Europe.”