Saudi Dilemma in Its Aggression Against Yemen 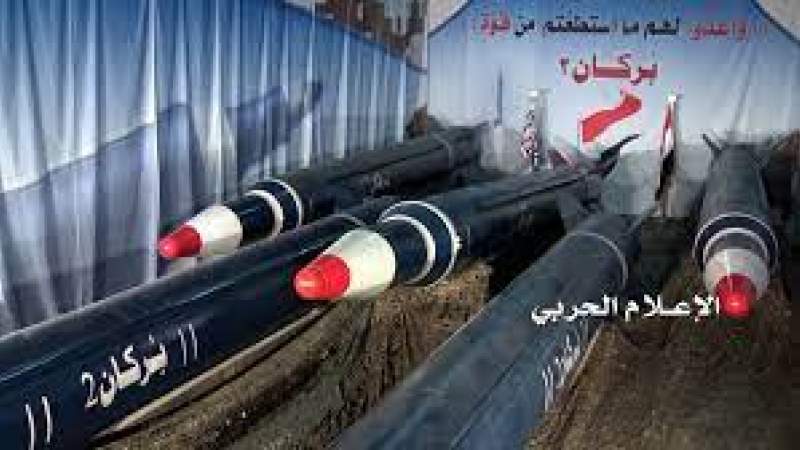 Yemen: The US-Saudi war on Yemen has entered a dangerous turn, especially after reports of heavy losses from the Saudi side as a result of the retaliatory bombing of the airports of Jazan, Najran and Abha with precision ballistic missiles, which left 35 Saudi soldiers dead and wounded.

Observers believe that Saudi Arabia is the tool of the American, British and Israeli aggression project and it only secures the link between the countries  of the coalition led by the United States.

The United States of America wanted to take a group of birds with a stone, including Iran, in response to its refusal to discuss any other file than the nuclear file.

Observers explained that the United States considered that Iran's defeat in Yemen would weaken the Iranian position, and thus it would obtain a concession on the nuclear file. As the Saudi Crown Prince Mohammed bin Salman said that within a few weeks he could end the war in Yemen.

Observers added that the second thing is an American attempt to placate Saudi Arabia by returning Yemen as its back garden, and to regain the satisfaction of the Israeli occupation entity after Saudi Arabia being able to restore Yemen by making the Red Sea the Israeli lake as it is the historical Israeli dream.

They considered that the United States of America wanted to head east after the direction of former President Barack Obama. It wanted to subjugate Yemen in order to control the strategic waterways starting from the Strait of Hormuz to the Gulf of Aden, the Arabian Sea and the Indian Ocean to Bab al-Mandab, through which 35 percent of the ships carrying oil pass through these lanes.

For their part, Yemeni military experts confirmed that, during the aggression on Yemen, Saudi Arabia bet on ending it in a few weeks and a few months. However, six years have passed without achieving any military goals on the land of Yemen or breaking the will of the Yemenis and eliminating their strength and steadfastness in the face of its aggression.

The precision-guided ballistic missiles that struck the Saudi airports of Jizan, Najran and Abha and inflicted great losses, are messages directed to the Americans, British and Israelis to show the military power of Ansarullah and the precision missiles hit the targets without being detected by the Saudi air defense systems.

Observers stressed that the impact of the recent operations launched by the Yemeni Forces will have significant effects on the psychology of the enemy and its mercenaries, after the US envoy to Yemen screamed loudly, claiming that the battle of Marib was facing the international community. By doing so, he wants to incite the international community to end the war in light of the clear progress of the Sana'a forces over an area of   1200 km.

In turn, experts in regional relations confirmed that one of the most important developments in the situation in Yemen had severely affected Saudi Arabia, after Friday preachers urged full loyalty to Mohammad bin Salman, and considered it unprecedented in Saudi Arabia.

They stressed that this indicates that the influence of bin Salman and his attempt to gain more control through the religious establishment is a source of persuasion for the people, and that there is a relationship to this issue with Yemen and the Jizan operation.

Observers noted that the type of weapon used by Yemen, including precision ballistic missiles, against Saudi Arabia portends a very dangerous development for the future of Saudi Arabia, especially with the global energy crisis, which represents Saudi Arabia's need for this source. It caused the Americans to worry and was quick to condemn the attacks, which indicates the greatness of the matter and its valor, which threatens strategic interests.

They added that the US is on its way to incite the international community against Ansarullah, especially with regard to the battle of Marib, the city known as the hotbed of Daesh, Al-Qaeda and others.

Observers wondered how Saudi Arabia and the US-led coalition could make international efforts to mobilize the international community and raise the humanitarian flag in the city of Marib, while they have besieged all of Yemen for years.

They pointed out that mercenaries loyal to Saudi Arabia from the Abd Rabbo group have begun to collapse on the strategic Marib fronts, during which Ansarullah was able to make a very important achievement and to control the eastern and southern hills of Marib.