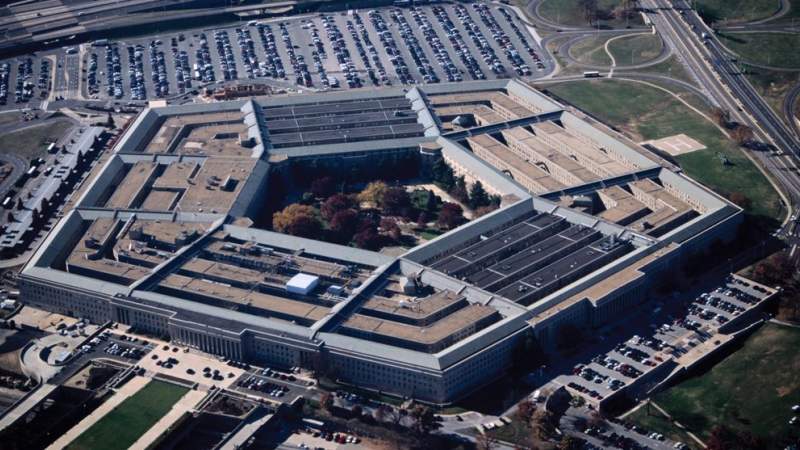 News - World: Progressive advocacy groups have denounced an eleventh-hour attempt by Republicans in Congress to increase the Pentagon’s already massive budget for fiscal 2022.

Earlier this week, Senator Roger Wicker, Republican of Mississippi, filed an amendment to the 2022 National Defense Authorization Act (NDAA), proposing an additional $25 billion for naval shipyard restoration, a move that would cause the Pentagon budget to exceed $800 billion.

The defense bill cleared its first major procedural hurdle with a vote Wednesday to hasten the start of debate after a months-long delay. Wicker’s proposal is only one of about 1,000 amendments filed to the legislation ahead of debate.

President Joe Biden had initially requested $753 billion for military spending in 2022, already up from the $740.5 billion approved for the previous fiscal year under the Donald Trump administration. The House Armed Services Committee in September approved an amendment to add $25 billion on top of Biden’s request, which was ultimately authorized by the lower chamber.

Senator Wicker’s amendment seeks to tack on an additional $25 billion.

Advocacy groups raised the alarm on Friday about the Republican-led drive to further boost the military spending, arguing that it underscores Congress’ skewed priorities.

In a statement Friday, Andrew Lautz, director of federal policy at the National Taxpayers Union, pointed out that Congress had already increased the military spending by $25 billion against the advice of the civilian leadership at the Pentagon. “They could have chosen to direct that $25 billion to naval shipyards, and they did not," he said.

"Lawmakers shouldn't add yet another $25 billion to the defense budget during NDAA debate," he added. "The Shipyard Act in particular is irresponsible, and would give the Navy a huge pot of money with little accountability and oversight of how the money is spent."

Savannah Wooten, the #PeopleOverPentagon campaign coordinator at Public Citizen, denounced as “shameful, unjustifiable, and embarrassing” the push to add more funding to the defense bill than the Pentagon itself has requested. She argued that the additional money could instead be spent on more pressing “human needs” like COVID-19 vaccine production, healthcare, and the climate.

"Congress must resist the demands of the military-industrial complex," Wooten said.

As the pandemic rages and the rift between the rich and poor widens, "the Senate is preparing to spend over three-quarters of a trillion dollars fueling its addiction to war-making," said Erica Fein, senior Washington director at Win Without War.

"Sen. Wicker's proposal to add $25 billion on top of this already obscene budget may please arms industry lobbyists, but it leaves everyday people out in the cold," she added. "It's time to fix our broken budget priorities, and start putting human needs over Pentagon greed."

"Sen. Wicker's proposal to add $25 billion on top of this already obscene budget may please arms industry lobbyists, but it leaves everyday people out in the cold," said Fein.

'No money except for military'

On Wednesday, when the defense bill was cleared for debate, Senator Bernie Sanders took the floor to warn about an overriding propensity in Congress to increase the Pentagon budget at the expense of the nation’s other more pressing priorities.

The Independent senator from Vermont, who intends to vote against the 2022 NDAA, said that "somehow when it comes to the defense budget and the needs of the military-industrial complex, we just cannot give them enough money."

Sanders lamented that the American people are frequently told that “we don’t have enough money” to tackle issues like the debt and deficit, healthcare and climate change crises. "Yet today, the US Senate will begin consideration of an annual defense budget that costs $778 billion—$778 billion for one year."
Source: Press TV