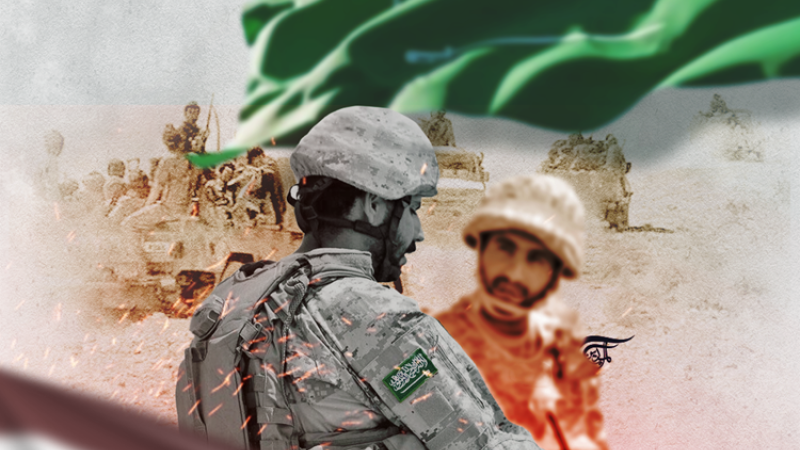 Yemen:   For 6 years, Saudi Arabia has been floundering in the Yemeni land. It is not able to resolve the battle militarily in its favour, and achieve its declared and hidden goals, and it has not succumbed to the will of the Yemeni people, and Army, in the face of the defeats and setbacks that it suffers daily.

Rather, it has increased intransigence and arrogance. It went on to hit and target the Yemeni civilians through daily massacres and intense raids.
Marib Confirms the Saudi Disability
For months, the Yemeni Army and the Popular Committees have been talking about the liberation of Marib, and they are making new progress daily that are faced with no ability to stop this progress by the US-Saudi aggression.
The Yemeni Army and Committees liberated 12 out of 14 districts in the province, and as of early November, they advanced towards the city on 3 axes and came close to tightening the cord around it and controlling the strategic oil wells there.
The Yemeni Armed Forces have also been able to control the only way between Marib and Hadramawt, which is the only supply line to the city and the road that secures the withdrawal of forces before the city is completely liberated.
On the other hand, the Saudi mercenaries were unable to stop the military progress. Although their media reports daily about progress and repelling movements, and killing dozens and hundreds of Yemeni army members, the facts on the ground and the path of military progress suggest the invalidity of all of that.
Saudi Arabia is struggling to defend the city of Marib, as it knows the strategic value of the province, and the impact of controlling it by the Sana’a forces, amid US efforts to pressure to stop the Yemeni progress, and help Riyadh with multiple arms deals.

With the change in the equations of the war, which Saudi Arabia believed from its inception that it needed weeks to win, Riyadh sought to conclude a large number of arms deals in an attempt to achieve technical and armament superiority, which was already available, but perhaps to compensate for the failures.

It concluded deals with a large number of countries from Among them are the US (74% of Saudi Arabia's armament spending), Britain (12%) and France (4%), according to what was recently revealed by an American investigation.
Large numbers appear when diving into the details of the deals and their costs, especially those that come from Washington, where the cost of Saudi arms deals with the US has reached 28.4 billion dollars since March 2015, including about 20 contracts ratified by the administration of President Joe Biden this year, the cost of which is $1.2 billion.
Saudi Arabia, with other countries, also spent more than $34 billion on US-made weapons for the same period of time. Accordingly, Saudi military purchases are estimated at about $63 billion since its aggression on Yemen until now.
Saudi dependence on US armaments is not new. It began with King Abdulaziz Al Saud. However, the numbers witnessed by the Saudi armament budget since the start of the aggression against Yemen have risen steadily, and made Saudi Arabia at the forefront of arms importing countries in the world.
It became among the three most Countries spending on armaments in the world, according to the Stockholm International Peace Research Institute.
The Saudi aggression on Yemen and the extent of the devastation caused by the raids show that it "requires a great deal of spending on the air force, missiles, smart bombs, and all the means of destruction launched from the air, in addition to monitoring and warning devices," according to the military expert, retired Brigadier General Elias Farhat.

He explained that these weapons, although they are ‘Expensive’, did not achieve the desired result, due to the absence of proper planning for the battle, especially the ground war that accompanies air attacks."

As for the international demands to stop Saudi armament, Farhat said, "Not all international demands were serious. Therefore, we found the United States continuing to sell weapons despite the appeals of Congress that did not live up to an arms embargo resolution.
It seems that Saudi Arabia until now, despite the long duration of the war, the great losses it has incurred and the proved strength of Ansarullah as a large force equipped with ballistic missiles and Drones, seems to still believe that it can win the war as it continues its air attacks at a high rate and has not taken a decision seriously to enter into serious negotiations to end the war, Brigadier General Farhat added.
#Marib #US_Saudi_Aggression #Saudi_led_Aggression 21-11-29