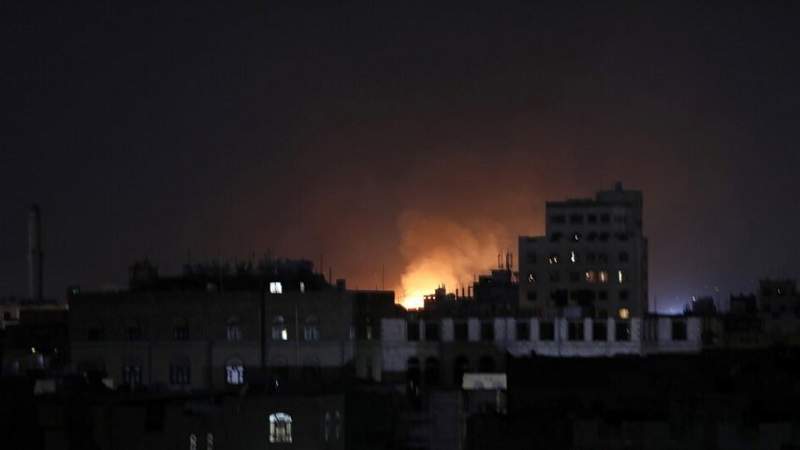 News - Yemen: The Capital’s leadership strongly condemned the crime of bombing the house of a citizen in the Libby residential neighborhood.

“The aggression’s crime, which led to the death and injury of at least 23 citizens, reflects the state of hysteria of the countries of aggression after the painful strikes in the depth of the UAE,” the local authority in Sana’a said in a statement.

The US-Saudi warplanes launched air raids on a residential area in the capital, Sana’a, on Monday evening, leaving at least 12 citizens dead and 11 others injured, including women and children. Dozens of houses were damaged as a result of the air raids, and search for survivors under the rubble of the targeted houses continued.

The local authority welcomed the success of the military and qualitative E'sar Al-Yemen operation on sensitive targets, sites and facilities in the UAE in response to the escalation of the US-Saudi-Emirati aggression.

It affirmed the support of the people of the Capital for all options of the Armed Forces to deter the countries of aggression and neutralize their military and economic capabilities that they use to kill and besiege the Yemeni people.