Top US General Warns of 'Increasing' Risk of Global War' 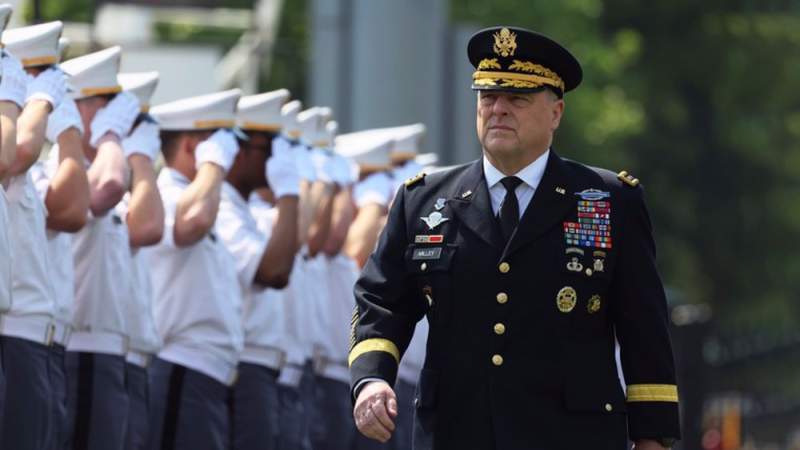 News - World: A top US military official has warned that the likelihood of a conflict “between great powers” is growing, citing the military capabilities of both China and Russia.

The chair of the US Joint Chiefs of Staff, General Mark Milley, told a gathering on Saturday that the world "has the potential for a significant international conflict between great powers.”

The general, who was speaking to cadets graduating from US Military Academy West Point, also said that “that potential is increasing, not decreasing.”

“What was once the exclusive province of the United States military is now available to most nation states with the money to acquire them,” he warned.

Milley singled out two world powers, China and Russia, describing both as having “significant military capabilities."

"And right now, at this very moment, a fundamental change is happening in the very character of war," he said.

"We are facing right now two global powers, China and Russia, each with significant military capabilities, and both who fully intend to change the current rules based order," Milley added.

He further said that weapons technology will also change dramatically in future decades.

"You'll be fighting with robotic tanks and ships and airplanes," Milley said.

Ukraine has been at war with Russia since President Vladimir Putin declared a military operation in the neighboring country in late February, following Kiev’s failure to implement the terms of the Minsk agreements and Moscow’s recognition of the breakaway regions of Donetsk and Luhansk.

At the time, Putin said one of the goals of what he called a “special military operation” was to “de-Nazify” Ukraine.

Ever since, Washington has sent heavy weaponry to Ukraine and shared intelligence with the embattled government in Kiev, despite warnings from Moscow that the unfaltering Western support would indefinitely prolong the war.