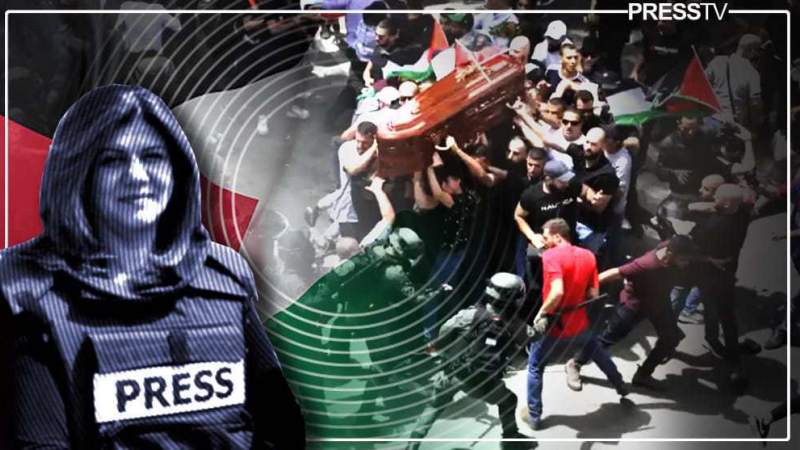 Middle East: The brutal, cold-blooded killing of the veteran Palestinian journalist, Shireen Abu Akleh, by the Zionist entity, as well as her funeral, where the Zionist forces attacked mourners and relatives carrying her coffin, has caught the imagination of the world.

Thousands of videos and posts condemning the brutal killing have proliferated across social media platforms. Most of them have sought to make a conscious, deliberate attempt to portray the issue of Palestine as something that has nothing to do with Islam.

Most people do not deem an Islamic (political) explanation valid to mount a political critique of Zionism as a diabolic settler-colonial project. Because in the West (and when I talk about the West, I mean an epistemic discourse, a grammar, and not a geographical location), there is an obvious lack of political sympathy for Islamic things.

We can say that the normative vision implies Palestine has nothing to do with Islam. In fact, according to the normative narrative, talking about Islam or linking Palestine with Islam distracts us from important issues: human rights and colonial oppression.

In other words, by incorporating Islam into the equation, we get distracted from - allegedly - real antagonism between the colonizer and the colonized.

So, following the normative paradigm, Islam can't function as a political identity deployed against colonial oppression. That's how the argument is framed. The category of religion, the idea that Islam is a "religion", is part of that normative grammar.

Domination is inherent in the act of translating deen as "religion". The grammar of the West has tried to impose its epistemic norms upon the ‘Islamicate’ ones. Therefore, the concept of "religion" is not a neutral one nor is it fixed and frozen in time. It is part of genealogy, in this case, the genealogy of secularism, and it is within that genealogy that the category of religion gets its meanings.

Secularism, for many, means the absence of religion or its exclusion from the public space, basically its privatization. But secularism is above all a normative project that establishes its boundaries. It fills them with content, such that they come to acquire a natural quality for those living within its terms.

Secularism is neither a natural state nor the culmination of the historical process ("from Plato to NATO" kind of project). It is used as a disciplining tool, a political modality that sanctions some political sensibilities and thoughts and at the same time excludes other possibilities labeling them as deviants or mere threats.

When someone employs the category of "religion", this is not just a descriptive exercise, it has a clear prescriptive intention. The ultimate goal is to regulate Islam's proper place.

If a member of the Palestinian resistance movements, Hamas or the Islamic Jihad, shouts Allah Akbar, some people in the West will see that as a failure in the communication strategy. "We want to raise awareness of the colonial oppression, so better not to give the media the Islamic fundamentalism they're looking for".

Again, Allah Akbar, for them, is a distraction from the political realities, from the brutal occupation and the sufferings linked to it. The category of "religion", seen from the point of view of Western grammar, is a main factor of depoliticization. Islam can't be a political identity because as a "religion" that would mean a perversion of the category.

Because, for the Western ideology, political life is only found in the West or can only be expressed in Western parlance. That's why I can't accept the imposition of that western category, religion, over Islam. Islam is inherently political.

Even more, the political prevents the dissolution of Islam. A non-political Islam is just an iteration of that colonial vision that sees Islam as nothing but a moral guide, a private belief (an Islam that fits into the "religion" category).

That's why the Islamic revolution spearheaded by Imam Khomeini was by all means a path-breaking event. A revolution, the first one, that didn't follow Western grammar and because of that, it caught many western pundits and scholars by surprise.

Let's take Fred Halliday's book, on the eve of the revolution, as an example. The book predicted multiple outcomes for Iran, but he never mentioned the possibility of a successful Islamic revolution. Because as in the case of Palestine, for Westerners, the possibility of using Islam as a political tool to bring freedom and emancipation, a tool external to the Western ideology, was simply unthinkable.

Imam Khomeini was able to build an autonomous political identity under the framework of Islam. He refused to see western epistemology as universal and challenged the historical sequence "from Plato to NATO". In other words, he didn't try to link his ideas to western genealogy/heritage.

The Islamic revolution and the Palestinian resistance are connected in a clear political way: Both are examples of an Islamic identity, inserted in an alternative genealogy of colonial resistance that has its own grammar, and this grammar can't be expressed in the Western parlance of national liberation, Marxism or any other kind of secular project.

Iran and Palestine are moments (the foundational one and its continuation) of the anti-hegemonic order that allows Muslims to live as Muslims in the contemporary world.

Yes, Palestine is an Islamic issue. Because the political, as Imam Khomeini demonstrated, can be expressed in a non-secular, non-Western grammar. Because the resistance against the Zionist regime is articulated in the language of Islam.