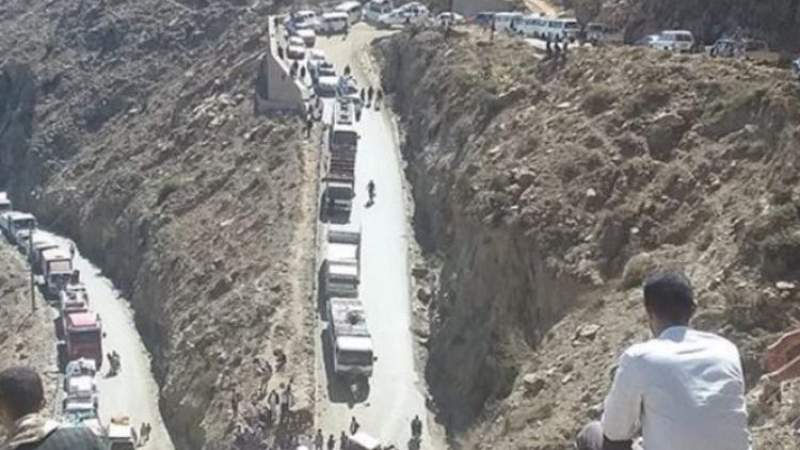 Yemen: A round of consultations will be launched in the Jordanian capital, Amman, in preparation for opening humanitarian corridors (ways between cities) and stopping violations, leading to an end to the US-Saudi siege, war and occupation.

The Military Committee on Sana'a to discuss violations of the UN-sponsored truce and monitor the ceasefire, headed by Major General Abdullah Yahya Al-Razami, arrived in Amman, on Sunday evening.

In a press statement after its arrival in Amman, the committee said: "We hope that Amman's discussions will pave the way for opening humanitarian corridors and stopping violations, in a way that leads to ending the US-Saudi siege, stopping the aggression and ending the occupation."

It added, "Participation in Amman's discussions translates Sana'a concern for peace and positive interaction with the UN truce, despite the other party's repudiation of implementing many of its provisions."

The Military Committee affirmed always adherence to the constants of the national position and all that guarantees Yemen's dignity, sovereignty and independence.

The closure of the main roads on the contact lines on the battlefronts caused great suffering for travelers, especially with the intransigence of the US-Saudi forces to open the roads and the non-compliance with the international truce. The member of the Political Bureau of Ansarullah Salim Al-Mughlas confirms that the travelers were forced to pass from very long roads, whether in Taiz or Ma’rib or Al-Dhalea and other provinces where there are frontlines.

Al-Mughals wondered: “Do you think the United Nations will press on the US-Saudi aggression this time and oblige it to stop firing, open all roads in accordance with the truce and alleviate the suffering of travelers?”

Meanwhile, the former head of the mediation committee for opening ports and roads, Muhammad Abdullah Nayef, demanded that the party obstructing the opening of the ports of Taiz to be exposed, in reference to the Islah party.

Sheikh, Muhammad Nayef, said in a post on his Facebook account that he would participate in Jordan's consultations regarding opening roads and ports to the city of Taiz, and that he would return to reveal the party that besieged the citizens.

Southern activist Ali al-Nassi revealed part of the reasons hindering the opening of roads and ports in Taiz governorate, pointing out that there are 16 different factions affiliated with the coalition in Taiz, which makes it difficult to implement any agreement to open roads.

He stressed that each faction in Taiz needs its own UN envoy, with the aim of unifying its views.

The head of the Center for Political Studies, Khaled Al-Shamiri, said that the only party affected by the lifting of the siege on Taiz are "the Brotherhood and Al-Qaeda, who were exploiting that siege by imposing taxes on citizens and merchants."

He added that Islahand its leader Hamoud al-Mikhlafi adhere to the siege of Taiz, which for them has become a center for transporting terrorist individuals to be exported to southern Yemen.

He pointed out that lifting the siege on Taiz will obstruct Al-Islah parti’s project, which takes Taiz as a focal point for its launch.

The Yemeni street is awaiting what Jordan's consultations will lead to, regarding ending the siege, opening roads and alleviating the suffering of travelers, in light of expectations that the United Nations will come out with honest statements for the first time to reveal the main obstacle to opening roads and ports in Taiz Governorate.