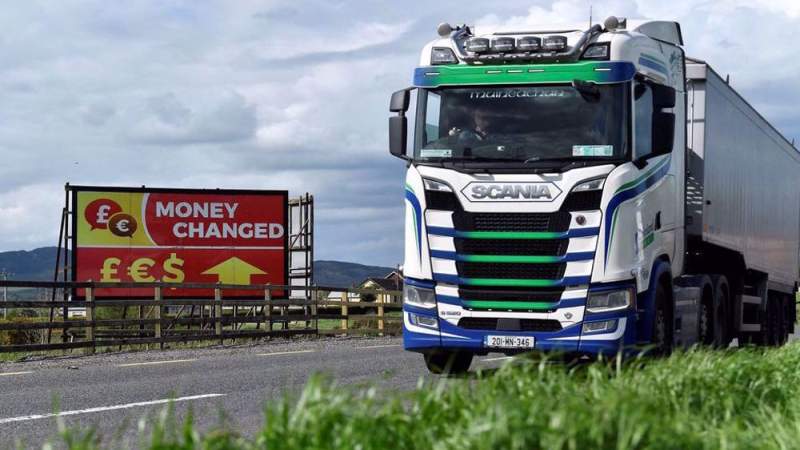 News - World:  The British government is set to present new legislation in the parliament on Monday, overriding the rules that govern post-Brexit trade with Northern Ireland, thus inflaming tensions with the European Union.

Foreign Secretary Liz Truss will propose the new plan to the House of Commons, despite warnings from Brussels that unilaterally scraping part of the Brexit deals amounts to a breach of international law.

After leaving the European Union (EU), British prime minister Boris Johnson agreed on a deal with Brussels that effectively kept Northern Ireland in the EU single market and customs union to preserve the open border with Ireland, underlined in the Good Friday peace agreement.

However, they agreed on some border checks and controls on goods entering the province from the rest of the UK.

Johnson claims that the protocol's implementation has damaged trade within the UK and has threatened political stability in Northern Island.

The EU has said it is willing to set aside around 80 percent of checks on goods if it can be proved they are consumed there. But London has rejected the proposal, calling for checks to be scrapped.

“The British response has been, ‘it's not enough, we’re going to break international law and not respect the democratic wishes of the people of Northern Ireland’,” Irish Foreign Minister Simon Coveney said last month, referring to the UK government’s attempts to defy the EU.

Brussels says it could respond to unilateral actions by launching legal action and imposing countermeasures, including tariffs.

European Commission vice-president Maros Sefcovic said in May that Brussels would respond with all measures at its disposal in case Britain took such a move.

The US House of Representatives Speaker Nancy Pelosi has also warned that there will be no US-UK trade deal if London scraps the Northern Ireland protocol.

Ireland’s Sinn Fein party has predicted that Britain would “undoubtedly” break the law by imposing unilateral changes to the protocol.

“(Britain) has sought a destructive path, and is now proposing to introduce legislation that will undoubtedly breach international law,” party president Mary Lou McDonald was quoted as saying by Sky News.

Britain's Northern Ireland Secretary Brandon Lewis said on Sunday that the legislation was in accordance with the law, but refused to divulge details about how the protocol would be changed.

Lewis said that when people see the legislation "they'll see it's focused on fixing the problems with the implementation of the protocol".

"Doing so is not only within international law but works for people across the United Kingdom and respects the EU single market," he was quoted as saying by BBC News.

Reuters cited several reports on Monday saying that the new plan might include a “green channel” for goods moving from Great Britain to Northern Ireland, as well as scrapping tax-related rules and ending the role of the European Court of Justice as sole arbiter.

The plan will be a test of Johnson's authority after he survived a no-confidence motion in the parliament last week when four in ten of his lawmakers opposed him in a confidence vote.