Bin Salman Should Be Sent to Prison, Not Rewarded with US President’s Visit: Liberation News 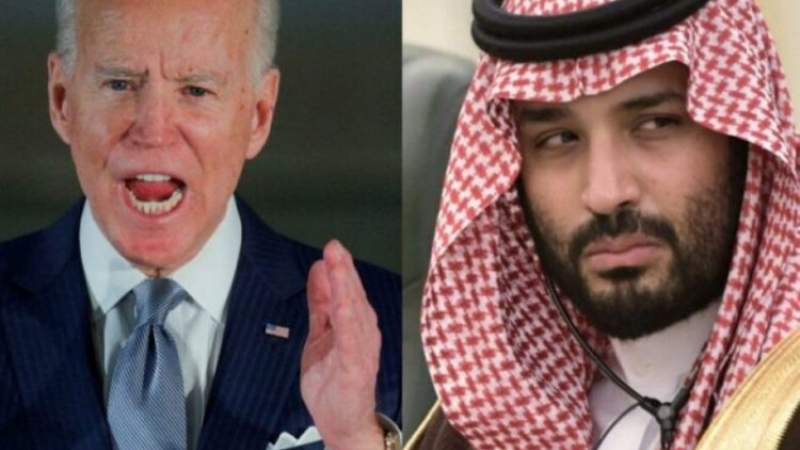 It said that The Biden administration is touting a highly-anticipated tour of the Middle East to reinforce U.S. alliances in a region it has long aimed to dominate. Biden’s trip, scheduled to take place July 13 through 16, will include stops in Israel, the West Bank occupied Palestinian territory, and Saudi Arabia.

Now, the administration has announced that Biden will be meeting with notorious murderer and dictator Muhammad bin Salman while in Saudi Arabia.

The trip is an effort to develop a stronger front against Iran as well as to beg the Saudi government to increase oil production to offset the international energy crisis and inflation woes in the United States.

Especially since the start of the Biden administration, the United States has attempted to portray itself as a defender of “human rights” and “democracy” against the “authoritarian” and “undemocratic” governments.

This narrative framing, plastered across the loyal corporate media, has given cover for the United States to carry out a policy of naked aggression and to cozy up to repressive proxy governments throughout the world.

All of the talk of the U.S. government as a defender of democracy is belied by the decision to meet with Muhammad bin Salman, one of the most brutal dictators currently in power.

Muhammad bin Salman’s list of atrocities is long. In 2017 he started a purge of political rivals within the government and royal family of Saudi Arabia, leading to over 500 people being arrested or murdered.

The Saudi government regularly undertakes mass executions by beheading after obtaining confessions through torture. In 2018 journalist and critic of the Saudi government Jamal Khashoggi was lured to the Saudi embassy in Istanbul, murdered, and dismembered on direct orders from bin Salman.

Aggression Against Yemen is Greatest Crime

In terms of scale, perhaps the greatest crime of the Saudi government is the seven-year long war on Yemen. The brutal military campaign has led to the deaths of hundreds of thousands – a United Nations estimate put the death toll at 233,000 people at the end of 2020, likely an undercount.

Over half of the victims died due to lack of food or healthcare amid the Saudi-led blockade of the country.

A report by the United Nations Office of Humanitarian Affairs revealed that about 80% of Yemen’s population, 24 million people, are in need of humanitarian assistance. Of those 24 million, 13 million are in danger of starving to death in the near term.

The U.S. government had been deeply involved in this war from the beginning, assisting the Saudi military in aerial refueling, intelligence, and target acquisition.

Biden’s turn towards Muhammad bin Salman represents the height of U.S. hypocrisy. Empty words about the United States’ supposed commitment to democracy will not feed the children of Yemen or stop the U.S.-manufactured bombs from raining on their heads. Dictators like Muhammad bin Salman should be sent to prison for their crimes against humanity, not rewarded with a personal visit from the U.S. president.