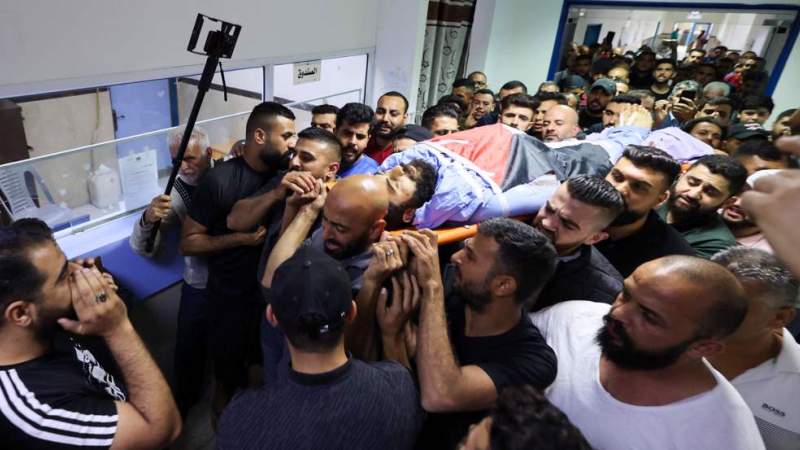 News - Middle East: An illegal Israeli settler has stabbed a Palestinian to death during a reported altercation in the north-central part of the Tel Aviv-occupied West Bank.

The incident took place near the illegal Israeli settlement of Ariel on Tuesday, the Palestinian Authority (PA)’s health ministry reported.

The Palestinian was "stabbed directly in the heart by a settler," the ministry said in a statement, identifying the victim as Ali Hassan Harb, 27, from the nearby village of Iskaka.

"We heard that settlers came onto our land. We went there, me, Ali, and three others. When we got there we saw settlers," said a Palestinian resident under the condition of anonymity, Reuters reported.

The settlers left the area following a confrontation between them and the Palestinians, he added.

"…but they returned when the police and the army arrived at the scene. They were many and they fired into the air and aimed their guns against us. One of the settlers…attacked us and he stabbed Ali with a knife."

Other witnesses said security guards from the settlement started firing at the Palestinians, who were trying to reach the scene.

Both the PA ministry and the Gaza Strip-based Palestinian resistance movement of Hamas condemned the grisly murder.

The killing is "an extension of the dirty war waged by the settlers against our people" and a result of Israeli policy that permits settlers "to practice organized terrorism," Hamas said in a statement.

Nearly 700,000 Israelis live in hundreds of illegal settlements built since the Israeli regime’s 1967 occupation of the West Bank.

Settler violence against Palestinians is a daily occurrence across the West Bank and elsewhere throughout the occupied territories.

B'Tselem, an Israeli rights group, has documented more than 600 violent incidents by Israeli settlers against Palestinians since 2020, including nearly 200 physical assaults.

The settlers also regularly violate the al-Aqsa Mosque’s compound—Islam’s third holiest site, which is located in the holy occupied city of al-Quds’ Old City—amid heavy protection provided for them by the Israeli military, performing prayers at the site, where non-Muslim prayer is banned.